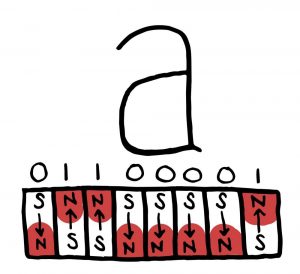 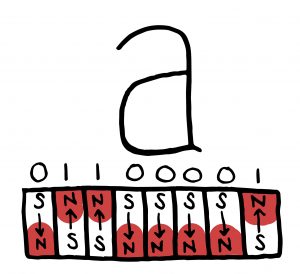 Let’s learn all about ASCII, starting with the most important question.

Why is ASCII important?

ASCII is important because it is our link between our computer screen and our computer hard drive, and that link is now the same between all computers.

What is ASCII used for?

ASCII is used to translate computer text to human text.

All computers speak in binary, a series of 0 and 1. However, just like English and Spanish can use the same alphabet but have completely different words for similar objects, computers also had their own version of languages. ASCII is used as a method to give all computers the same language, allowing them to share documents and files.

ASCII is important because the development gave computers a common language.

What does ASCII stand for?

ASCII is an acronym that stands for American Standard Code for Information Interchange.

What are ASCII tables used for?

ASCII tables are well known in computer circles because they are the babblefish that works between computer hard drives and humans.

Babblefish, if you don’t know, is a fish from Hitchhiker’s Guide of the Galaxy that can be put in your ear to translate alien languages. Having the common tables in ASCII was important for computers to be able to talk to each other.

Hard drives store information on magnets (or transistors), that only have two states, on and off. ASCII tables are how we go from a set of eight 0s and 1s (or a byte of data) to the letter “a” or “A”, or the number “4”. The tables are commonly used across all computer systems, which allows my computer to read word documents written on your computer, even if I use a PC and you use a Mac – and no, it was not always like that! The tables include the ASCII alphabet, ASCII binary, ASCII symbols and more! 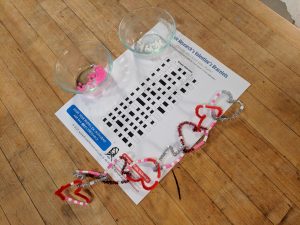 What are activities that include ASCII and binary?

We just answered why is ASCII important, and what is ASCII used for. If you want to learn more about ASCII tables and the binary language we have two downloadable projects for you – stamping your initials in binary and writing I Love You in binary. Both projects have an ASCII alphabet table to convert the binary to letters.

Check out the video below to learn even more about how ASCII tables are used when computers read and write data in binary. Learn binary and imaging in our newest Teachers Pay Teachers unit! There is a great binary imaging sheet that you can even download for FREE!

4 thoughts on “Why is ASCII important?”