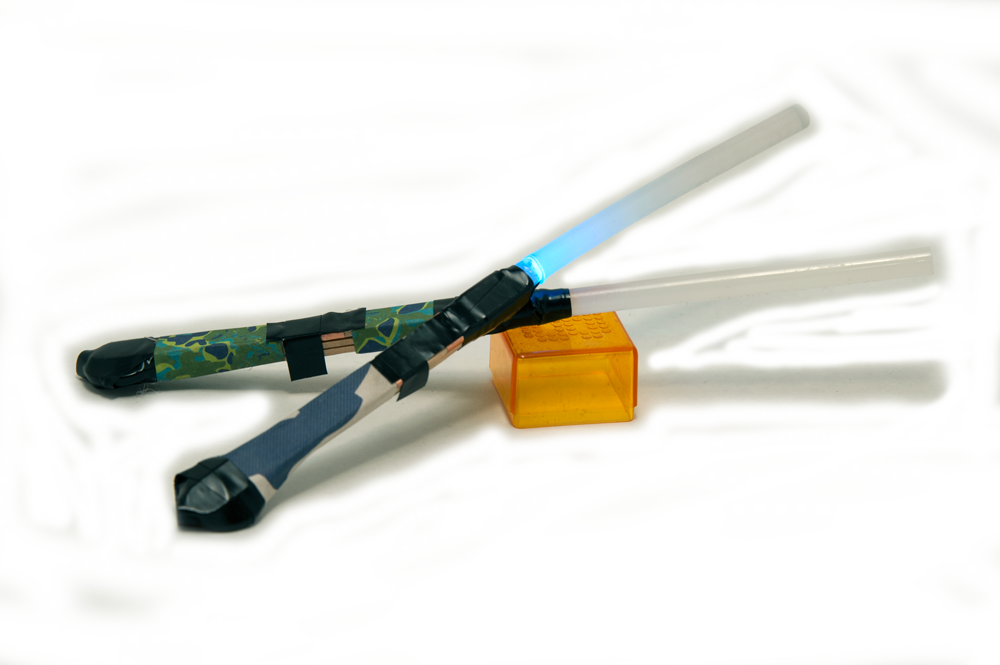 The other night I was working on putting together an addon activity where kids could make their won flashlight. I was out of toilet paper rolls and figured popsicle sticks would work, at least for a prototype.

As I wired it up with copper tape and added in a Dixie cup light hood I just wasn’t satisfied – the LED and the handle were OK, but it just wasn’t right for a flashlight. Then, while sitting in the dark holding some of my craft supplies and the light flashing around I wondered – what would it look like if I looked at the LED through a glue stick (because why not test out a random wandering).

Of course, once I saw that, I wondered if I could somehow couple the LED to the glue stick, and voila, the DIY light saber was born. It’s so awesome because everything is available at your local hardware store. A button cell battery (like what is in your car keys) powers the circuit, popsicle sticks act like a circuit board, foil is the switch, copper tape provides wiring (which is easy to find at a gardening place since it is used to keep slugs away), an LED makes the light and the glue stick is the saber! If you don’t want to source everything, we are making a supply kit with the harder to source items (like LEDs, copper tape and button cell batteries)

There have been seemingly gallons of red ink spilled on making this addon activity fun for families and kids enjoying some homeschool or afternoon science experiments!