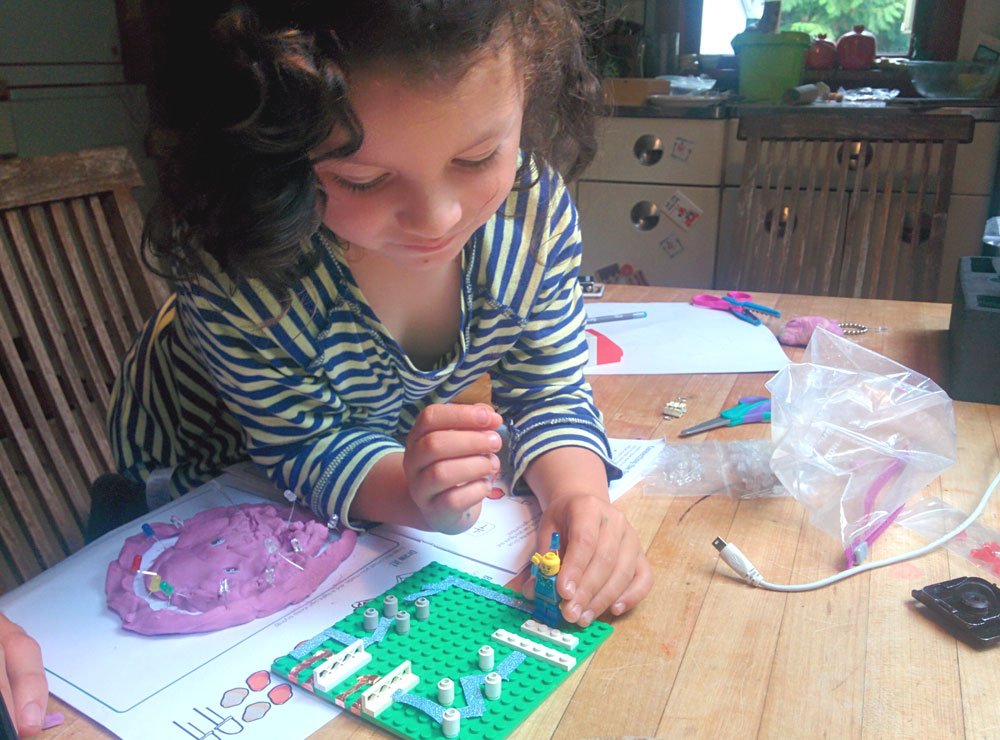 Circuit basics for kids can sometimes be tough to explain. How do you know they understand that a resistor slows down electrons? Do they understand how moving electrons can make light? What is the role of a battery in a circuit? What does a circuit look like?

We’ve been testing out a ton of ways to teach kids circuits in fun hands on ways, and we have really hit on a combination that gives a much deeper understanding.

First, kids get to run through a circuit. They slow down as they zig zag through cones, light up as the jump over hurdles, complete a full circuit for time, and learn that the battery is the push (which is the starting line). That’s our kinesthetic way of teaching kids circuits. Movement, laughter, racing and fun.

What about another hands on way to look at circuit basics for kids? I wired up the same circuit on a Lego board. The minifigs would race around the circuit, going in and out of cones, even seeing what a heavier resistor does! On the other side of each hurdle I wired the base plate to be hooked into a battery, and wired each minifig up to an LED. When the minifig jumped over the hurdle and landed it lit up (just like electrons in lights light up on their way down from a higher energy level). This part was so much fun, we did silly voices, funny jumps and dives for the finish line. It also allowed kids to see a circuit from above, go through the circuit and talk about circuit components. 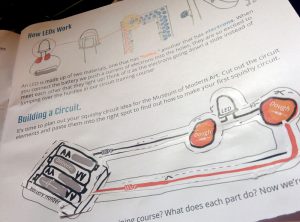 Then we cut and pasted a squishy circuits example. By this time they were used to a battery, a resistor, a light, a resistor and back to the battery. It wasn’t a big leap for them to make the connection that the dough was acting as resistors, and how to light up and LED. 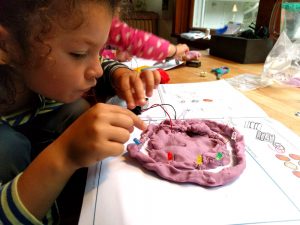 If that wasn’t enough, the kids then got to make their own squishy circuits. This was a ton of fun and incredibly intuitive for them since by this point circuits were pretty ingrained. 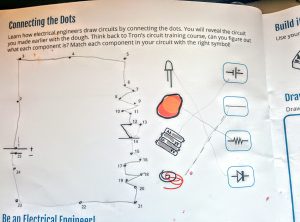 To get a better idea of what a circuit looks like drawn out as you would see from an electrical engineer or college textbook, we did a dot to dot drawing out the circuit they have been working with, and then matched the representation to each circuit component. By the end of it, it seemed like our circuit basics for kids was too basic. They just easily identified all the parts and were so comfortable with the drawings and creation of their own circuits! It was great to see such impacted learning!