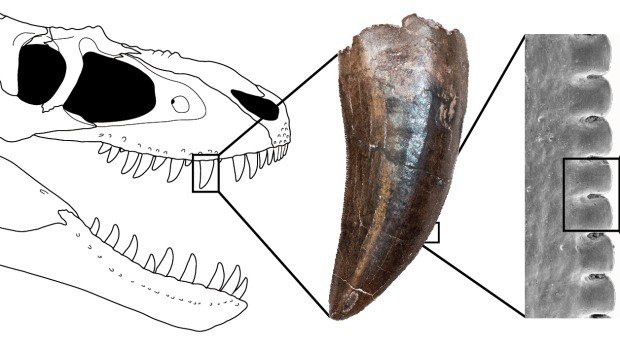 Tyrannosaurs belong to a group of meat eating dinosaurs called theropods. Theropods ate pretty much anything with meat. Insectivores, herbivores and even other carnivores.

All that meat means lots of bone. How did they chomp through bone?

Teeth! They are very much in style!

Tyrannosaur teeth were tough. Real tough. That’s because it could take up to 2 whole years to grow back a lost tooth! If they easily fell out the Tyrannosaur would run out of teeth. With no teeth to cut through the meat of its prey it would go hungry. To keep that from happening, their teeth were heavily reinforced. With deep, large serrations they were less likely to get broken or worn down. That means more time cutting through flash and bone for the next meal.

Tyrannosaur Teeth in your Kitchen Drawer.

There is only one animal on the planet with similar teeth. Can you guess who?

It’s a lizard that reaches up to 10 feet long and is often confused with a dragon.

That’s right, the Komodo Dragon. Although it’s teeth evolved separately from tyrannosaur teeth, it also has steak knife worthy teeth to rip through the flesh and bone of it’s prey! Think about that at dinner tonight! 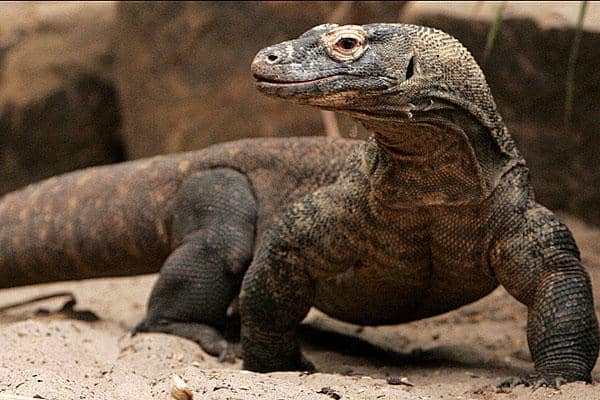