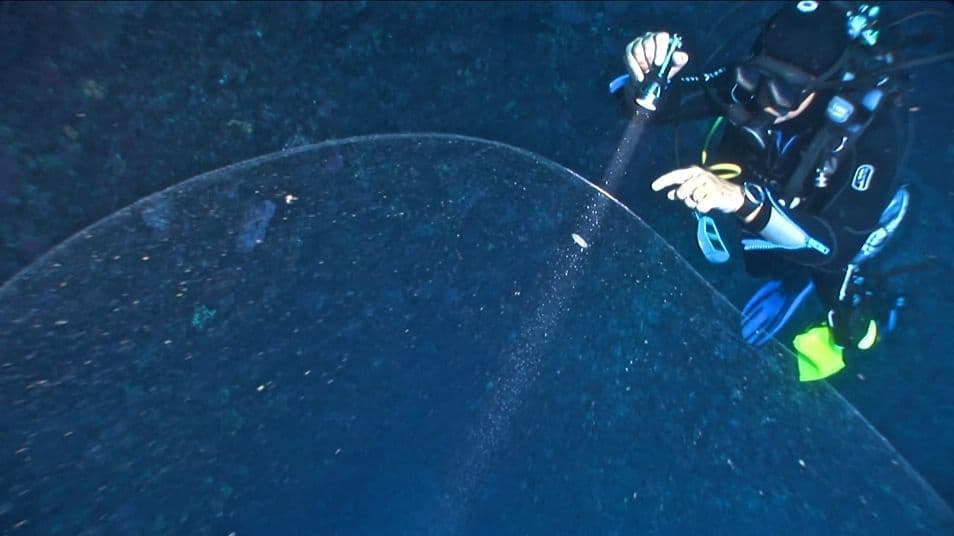 Divers discover a floating ball of…

Recently a team of divers off the coast of Turkey came upon an unusual sight. A giant floating blob. So transparent that it looks like a ball of glass in the water. With a diameter of almost 13 feet, this was certainly a giant floating blob of something. But what?

Having the guts to touch

It’s not every day you run into a mysterious giant blob on an undersea adventure. These divers, however, were up to the task of getting up close and personal. Would you have the guts to touch it? I certainly wouldn’t! They also took the video above, which helped them solve the mystery.

What is the giant floating blob?

Dr. Vecchione from the Smithsonian Museum of Natural History thinks he solved the puzzle. Squid. 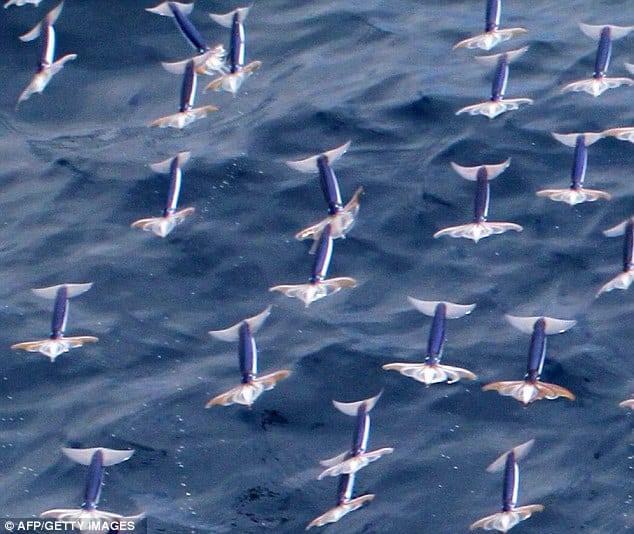 It is likely a local species of squid called the Red Flying Squid, similar to the Neon Flying Squid. These guys don’t just lay giant floating blob egg sacks, they can also fly through the air faster than Usain Bolt can run.

Dr. Vecchione says this is one of the largest egg sacks they have seen. Part of that is because egg sack sightings are a very rare occurrence. With a gestation period of only 3 days and their transparent looks paired with being a deep moving target makes them almost impossible to spot.

Each female can lay between 350,000 and 3.5 million eggs. That’s a lot of eggs. Researchers currently don’t understand how the eggs develop inside the female body.

Why so many Squid eggs?

In one word: predators. Hatching at a shockingly small size of 1mm they make for easy pickings of a quick treat. While able to swim and be independent, most of the millions of babies will be eaten far before they mature!