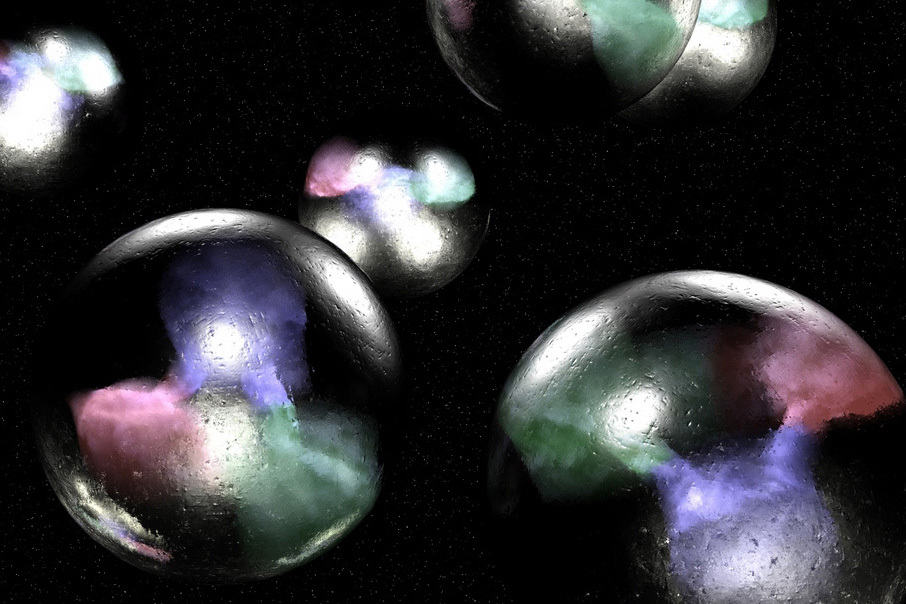 One of Rosie’s First adventure was the Case of the Dark Matter Croonies, where a friend of hers wakes up with dark matter croonies hanging on to him. This causes a whole lot of headaches anything with matter starts being attracted to him. There are even a few close calls with cars veering in his direction. Rosie’s friend gets a helping hand from the Cryogenic Dark Matter Search after heading up to the mines in Ely, MN. Real life researchers, however, are still trying to figure out what dark matter is, and they have a new idea. Pions. 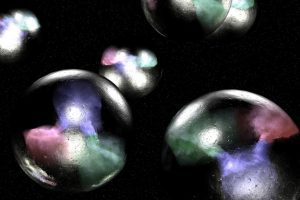 What is Dark Matter?

Dark matter is a particle we have yet to be able to see that interacts with objects via gravity. Much like we are attracted to the large mass of Earth, dark matter is attracted to other mass as well. Unlike how we stand on Earth, however, dark matter just zips through everything. That is because the electromagnetic force keeps us from going through the Earth. The soles of your shoes are made up of atoms. Atoms that are repelled by the surface of the Earth. That is because of the electromagnetic force. It is why water can stay in a bucket, why your plate stays on the table and why we can relax and kick back on the couch.

Dark matter doesn’t interact with the electromagnetic force. Just gravity. That means if you tried to collect it in a bucket, it would just go right through the bottom, as if the bottom didn’t exist. You can imagine how hard it is to detect a particle that interacts with mass but can’t be collected! In fact, it cant even be seen since light works by the electromagnetic force, which means dark matter doesn’t reflect or absorb light! It is literally invisible. So how do you find an invisible particle?

We found out about the invisible particles from galaxies, and a little bit of math. Scientists looked at galaxies, tallied up all the mass they could see and realized that with so little mass, those galaxies shouldn’t have ever formed in the first place. Of course, you might be thinking, maybe they counted wrong. But just as you and I are attracted to the Earth by gravity, so is light. Light actually bends towards our planet. And light also bends towards masses in other galaxies as well. Light bending due to gravity is called gravitational lensing. Check out the video below to see how a large mass might bend light and what it would look like. There was too much of it happening when we looked through our telescopes. Another clue to the presence of invisible mass, or dark matter.

A team of physicists recently suggested that dark matter acts like a well known particle. They suggest it acts like the particle that holds atoms together. If they are right, then it acts like one of the most fundamental particles that we have known about since 1930. Their work will have huge implications for how we go about trying to detect dark matter. Their theory, however, resolves current diffrences between data and computer similuations. It even predicts that dark matter can interact with itself, changing how mass is distributed. The next big step for them is to test their theory at the Large Hadron Collider or SuperKEK-B.