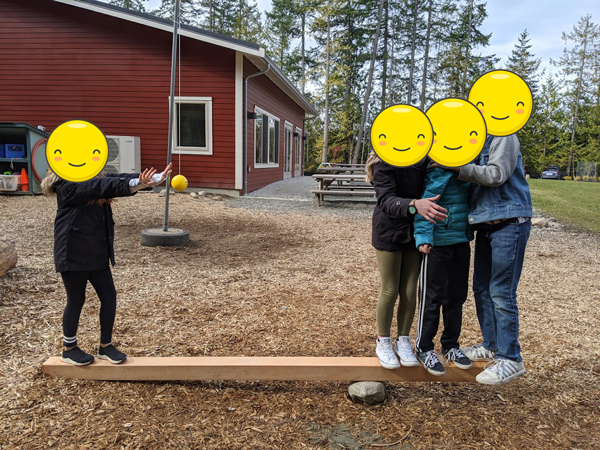 This simple machines activity is day 2 of my fun hands on elementary physics 3 day experience.

The first day we learned about forces, and asked the question “How big can the frictional force get?“. Students used interleaved Post It Notes and weights to try and break the Post It Notes apart, all while gaining knowledge to allow us to make a better educated gues son if a car could be lifted by phonebooks.

The second day, this activity, investigates what work is (in physics, not in human life), and how we can make the work we need to do easier on us.

The last day of this 3 day experience for elementary physics investigates the role of work in energy, and types of energy as students build their own potential to kinetic energy rollers.

What are simple machines?

Simple machiens make it easier to move things around. They could be heavy things like a car, or light things like a person. Simple machines do this by using very few moving parts (think about the simple part of simple machines). They modify the motion given the force applies. Work (in physics) is a force applied over a distance. It is technically more than that, but I believe physics is like an onion, and when you are in 4th or 5th grade you are still working on the onion peel, and not worried about the trigonometry.

Work is a force applied over a distance. Simple machines help us redirect our force (which has a maximum because our muscles can’t lift 1000 pounds) over a larger distance to do the same amount of work that was impossible before.

There are 6 categories of simple machines, but we will discover those through a thought experiment during the project!

You know, better than just telling you what simple machines are, let’s do a thought experiment to see if we can get a list of them organically! When I did this with my two classes, both sets were able to brainstorm 5 of the 6 simple machines we have. That is pretty good for not having readings/directed learning towards simple machines prior to the lesson!

There are six types of simple machines. They are…

You know, better than just telling you what simple machines are, let’s do a thought experiment to see if we can get a list of them organically! When I did this with my two classes, both sets were able to brainstorm 5 of the 6 simple machines we have. That is pretty good for not having readings/directed learning towards simple machines prior to the lesson!

Take out a piece of paper to draw your ideas on. Imagine you have an elephant that needs to get on a train car. You can only go to the hardware store for supples – how will you get the elephant up? Do this on your own for about ten minutes before checking how we got our answers below! I can garuntee if you are in a classroom of students, drawing this on the whiteboard will cause severe participation. Jumping up in your seat begging to be called on participation.

The simple machines we found, and how we found them is below.

Another student thought of using ropes and a harness, but we couldn’t buy a crane at the hardware store. A bit more thought and we were slinging the rope around a tree branch, and one student said we could put a wheel on the branch to make the rope move better. Voila, we just thought of the pulley.

Another student wanted to make a catapult, which wasn’t going to be safe enough. Others took that idea, however, and made a see saw with a really long arm on one side for the elephant. Bam, we added lever to our list. Half way there!

One student raised their hand and suggested we make a big cylinder that had a twisted step on it, then we could all gather around and spin it like they did in “castle” days and it would raise the elephant up. Brilliant! That is the same as a screw, although, to be fair, this would be hard to make from the hardware store.

One more to go. One student suggested usine a big wheel with a single step, so we would rotate the wheel and it would act kind of like an elevator, which was good enough to make the jump to wheel and axle

We had done it! We got our list of simple machines! There is the inclined plane, wedge, pulley, lever, screw, and wheel and axle. Now to test a few out to see how powerful they are in realy life!

2. Try out the swing and pulley machine

To set up the pulley machine you will need some paracord, your two pulleys and two pieces of wood dowel (abut a foot in length each.

Drill or secure the line from the swing to the wood dowel, this will help it not collapse into a traingle when a person is being lifted. Then tie paracord through the chain, through the top part of the pulley, and back to the chain on the other side. You can measure equal distances to ensure the swing hangs nicely from the top but that isn’t really necessary.

Then hang the second pully from monky bars or similar. Pre test this so you know if you need to shorten the length of the swing sides.

Now tie one end of a long paracord piece to the top of the pulley on the swing, thread it through the first pulley on the monkey bars and then wrap the remaining string around a 1 foot long wood dowel for students to hold.

Once it is set up you should talk about safety. Kids shuld be mindful of pulling in a jerky fashion, and also just dropping the student in the swing. Show kids how to take the line off and thread it through another pulley, and ask them to try and lift the swing again. I gave kids 10 minutes per station which worked out pretty great for groups of 3-4.

The lever machine is so simple to setup. Take one of your 4×4 pieces of lumbar and put a good solid rock under it (or you could get some thick PVC pipe for under if you wanted. You’re done!

Show kids the station and talk about safety precautions. No jumping, or trying to push it side to side. Kids who end up in the air sohould also get off first. If the person on the ground gets off first it would drop the other students quickly.

4. Use the inclined plane machine

The inclined plane is pretty easy to set up as well. I had my husband rig up aoms scrap wood with a hole drilled through on one end allowing me to slip a dowl through, creating a rounded surface for the paracord to slie on, but this is by no means necessary.

The nice think about this inclined plane project is the heavy dumbbell will likely be able to straddle the 4×4 post which gives it a little security. I tied paracord around the weight, then ran it to the front of the inclined plane and around a wood dowel for kids to use to pull on.

Kids use the inclined plan by pulling the heavy weight up the inclined plane. They then change the angle of the pland and start again. They can do this for each step, giving them an understanding of how much harder it is to pull up a steep inclined plane than a shallow one.

You can amp this up some by putting a pully on the end instead of just a round dowel, and then attaching a fillable bucket. Kids could then see how much weight they need to put in the bucket to make the dumbbell move. They could even record this weight at the different angles (steps) so gather data and make observations from.

Wrapping up your simple machines lesson

Ask kids if anything surprised them. What other simple machiens would they want to try on the playground and how would they make them?

How do simple machines help us? 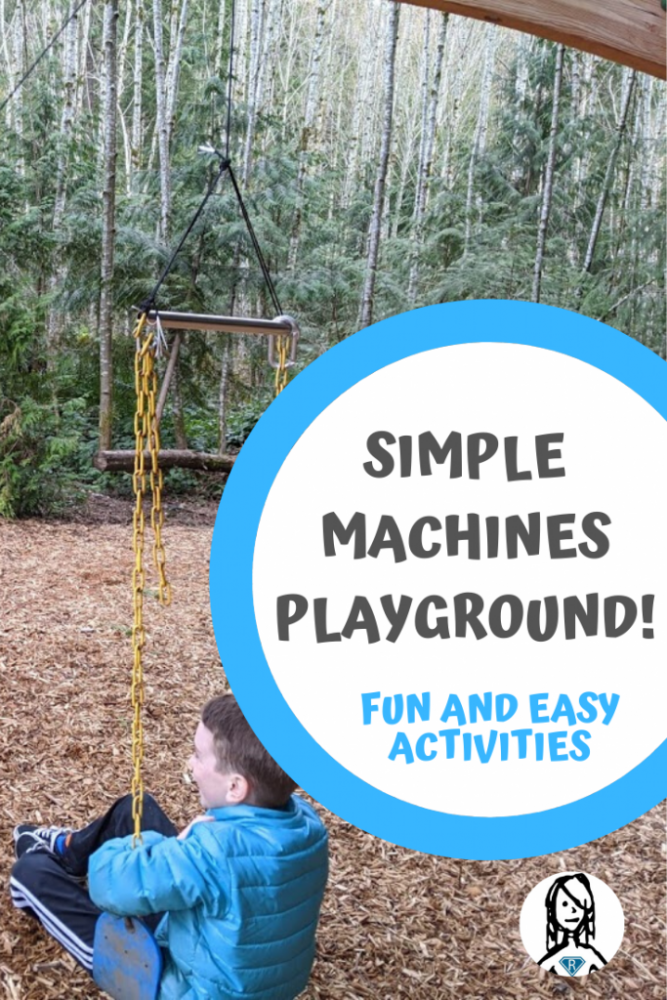