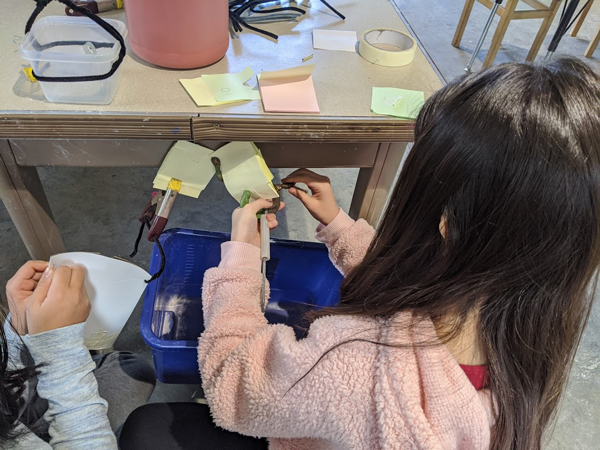 One of my favorite friction forces examples really illustrates how big the frictional force can become. It is simple, engaging, and, best of all, mind blowing.

Frictional forces are hard to graple with – like other forces we can’t see them, but unlike forces like pushing, pulling, and gravity, we also don’t talk about them too much in everyday life.

I had the opportunity to teach 4th and 5th graders an ‘express’ science unit where the classroom teachers wanted to highlight physics. I am HUGE into hands on projects and the “see it to believe it” types of experiments, which is why I was so excited to stumble across this Post It Note project that looked at just how large frictional forces could become.

One of the biggest hurdles kids face in high school physics is they have to not only learn the physics, but also the math. There are so many common misconceptions that kids come to the high school table with that they have to grapple with while also grappling with calculus. It is just too much, and as a result, by college, I saw a lot of undergrads coming in hating physics.

The first thing I would hear at the beginning of TA sessions every semester was, “I hate physics, it is too hard, I just need it for my ________ requirement”. It was heartbreaking.

So, you can see how I saw this little 3-day physics request as an opportunity to give kids a great baseline going into physics with some hands on, real world experiences. The first day we learned about forces, and saw the strength the frictional force can have (which is this post), the second day we learned about applying forces over a distance, and how we could make that easier with simple machines (for those of you who loved high school physics, forces acting over a distance is also called Work, which is a form of energy). Then on the last day we tied it all together by learning about the two types of energy (kinetic and potential) while building rubber band rollers.

If you are also looking for a fun, engaging, hands on quick unit feel free to follow these blog posts!

1. Talk to kids about forces and friction.

I started my chat with kids by drawing a little cartoon person with a very large foot.

The large foot made them giggle, which also made them interested, why did I draw that foot so large??

I asked the kids to tell me what forces they felt were acting on them in their seats. Kids got gravity right away, and it only took them a little bit to get to the normal force (which they called the feeling of their bums in the seats).

Then I told them I wanted to walk, and what force could help me walk? We had to break it down into what is the mechanism of walking, and once we got to my foot goes backwards and I go forward we could then start talking about friction. To illustrate this we did a little though experiment on what would happen if my foot went backward on an ice skate (nothing really).

Now that we had a real life idea of friction we could talk about the Post It Notes. If I pressed two pieces of paper together and tried to move them, would there be friction between them? Why? What makes the friction in this case? Is it a lot or a little?

Many kids agreed that it was very small. It wasn’t all that hard to slide two post it notes against each other. What did they think would happen if I layered a few Post It Notes together?

Hand out sets of Post It notes and have them decide on a number they would like to test between 5 and 40 (our notes came in stacks of 40 but larger stacks could be layered too).

3. Do a headcount on students who think a similarly interweaved phonebook could lift a human, or a car.

Before they test their stacks, ask students their thoughts on how much their stack will hold. Would the frictional force get bigger with more sheets of paper? How big could it get? Could it get so big that, if I layered enough paper, like, say, an entire phonebook, it could lift me? Or maybe a car? Record the vote tally for the car on the board – in both of my classes all kids said a phonebook interleaved like their Post-It Note stack could not lift a car. Which, of course, means no students thought it could.

Get ready for the fun part! Kids will get to test out their interleaved Post-It Notes.

The interleaved portions of the Post It Notes should be free from clamps. So the clamps just bind to the top of each section, the part that does not have the other side’s pages interleaved. This ensures that we are testing the strength of the frictional forces between the pieces of paper and not the forces of the C clamps.

Once the Post It Notes are attached to the table and bucket you can start filling! Ask kids to fill a little at a time. I had actually put out ten rolls of pennies for them to use in the beginning. It was a fun way to trick them into thinking that while it would hold some weight, it wouldn’t hold all that much.

We were very close to a playground with large rocks. If you aren’t close to something similar, you will want to make sure you have a variety of large rocks, weights, water jugs, etc to use. Wondering what to expect? My kids found that 5 Post It Notes interleaved held about 4-6 pounds of weights. 40 Post It Notes interleaved held about 60 pounds. Needless to say they were so surprised that their projects were holding tight as massive rock after massive rock was added to the bucket.

We took a poll at the beginning of our class on whether pages of a phone book interleaved like the Post It Notes could lift a human, or amybe a car. In the beginning of the class every single student voted that it could not.

By the end of class we had every student but one change their mind, and that remaining one went from a stance of “absolutely not” to a stance of “maybe”. This is a great time to talk about the scientific process!

We can’t actually test if a car can lift a phonebook. First, it would take an inordinate amount of time to interleave two phonebooks. Second, we don’t have the heavy equipment needed to lift a car. And third, trying to set all that up seems insanely expensive and pose major safety issues of kids watching.

Thankfully, YouTube exists. And it seems like you can find a video for pretty much everything. And yes, they do have videos centered around “can a phonebook lift a car”. Below are some of my favorite videos to watch to engage the class and find the answer to their thought experiment.

Wrapping up your lesson on frictional forces

I always like to wrap up by asking kids their thoughts. This leads to a great conversation that can help you find misconceptions and talk about them immediately. 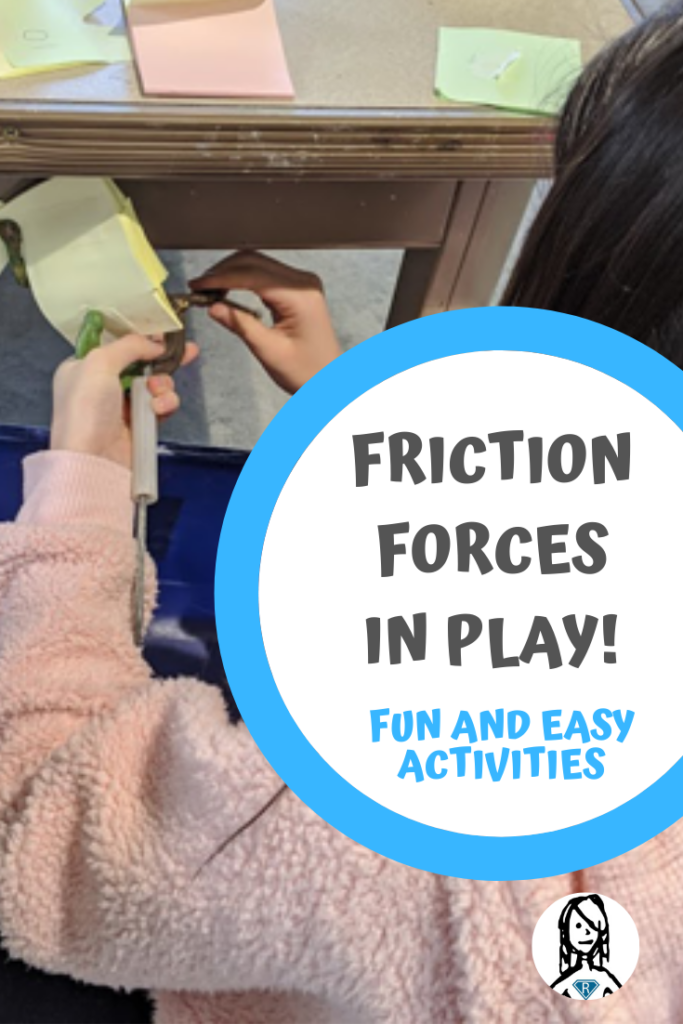