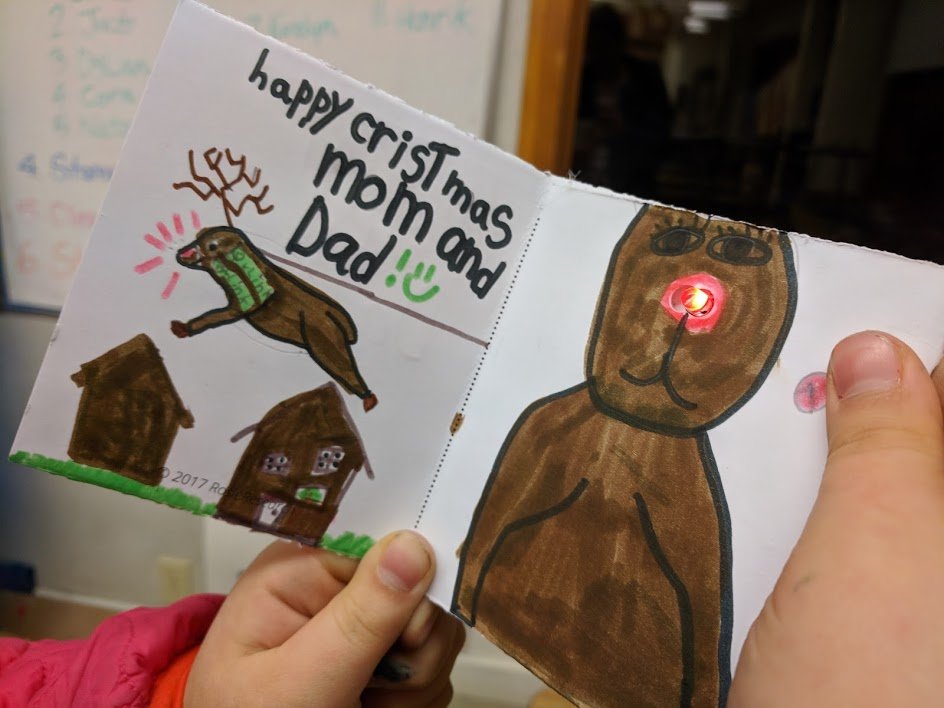 How to create a simple light-up card using paper circuits.

Cards are probably my favorite part of opening presents, especially when those cards are handmade and you can see all of the thought and effort kids have put into them.

Kids already love drawing on their own cards, but what about mixing in some science? Your kids can learn a little bit about paper circuits as they create, and decorate their own light up cards!

But that's where we come in. You're already reading this post about paper circuits, so why not go all the way and make light up cards. They are pretty simple, and we have the template to make it even easier!

Seriously, join us. You can learn paper circuits too in this activity, the supply list has plenty to make a nice stack of light up cards so you can join in all the fun.

Still on the fence? We have a free downloadable template, a YouTube video, a curated Amazon supply list, AND a written set of instructions.

Your kids will love you for jumping into the world of science with them and creating awesome, silly, light up cards. 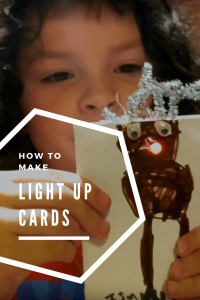 How to make a light up card with a simple paper circuit:

You can print two light up card templates on a single piece of letter sized paper. The template will create the circuit in the middle and have enough space to fold over the flap to cover the circuit and have a remaining flap to write on.

If you want to add extra pizzaz to your paper circuit you can print the template on colorful cardstock, or even cardstock with glitter embedded into it.

2. Lay down copper tape on your light up card template.

The printed template has thick yellow lines on it indicating where to lay down copper tape. There are a few things to take note of as you lay down your copper tape.

First, make sure you lay down your tape smoothly.
Press the copper tape down using a fingernail or eraser to make the tape not only adhere to the cardstock template but to smooth out any kinks you may have.

If that proves difficult and frustrating, however, you can make your own DIY conductive paint out of Elmer's glue and powdered graphite. Painting this on all of the joints will help join the circuit together and make it work better.

Lastly, leave gaps where you see gaps.
The template shows various gaps in the copper tape. This is because we need to add circuit components in those spots. If you tape straight over the switch, without leaving a gap there, the electrons will choose the easy path of the copper tape and not wait for an open switch. That means your LED will always be on, instead of only being on when you press your switch.

3. Tape down the LED

A note on choosing good LEDs for light up cards. If you plan on punching a hole through the fold over flap, 5mm LEDs are just fine. If, however, you are having the light be behind the paper, without a hole punched out, you might want to choose a 3mm LED since it will be less bulky. 3mm LEDs also use slightly less power than their 5mm counterpart, which means they are slightly easier to make light up.

Once you have your first layer of copper tape down you want to tape down your LED. When you look at your LED one leg will be slightly longer than the other.

You'll notice that on the template, one line of the copper tape says "long leg" (this one goes vertically on the template), while the other says "short leg" (which goes horizontally).

This is because LEDs are one way streets or slides. Electrons can go down the slides, but not up them. If you reverse the legs in your paper circuit your light up card won't work since the electrons will just be staring at the bottom of the slide.

Add a layer of copper tape along the LED legs to secure the LED in place as well as connect it to the copper tape you already laid down earlier.

4. Tape down a simple switch.

We want our light up cards to work again and again. If we have the paper circuit in an always ON mode the battery will run out after a day or two. To allow your circuit to be ON or OFF at a given time you need a switch. I like simple push button switches that have the circuit ON only when the button is compressed.

To add a simple switch to your circuit, take your switch and pull the legs out so it can lay flat on your paper circuit. Note, that at no time, while doing the switch or the LED, should you be poking metal legs through the light up card.

Instead, you should be bending the legs so they can lie along the copper tape pathways.

Use a small piece of copper tape to tape each leg of the switch down.

You can choose to use a battery holder in this paper circuits project, or just use copper tape (and ultimately a little hot glue) to hold the battery of your light up card in place.

Personally, I find it a bit easier to skip the battery holder. If you are not using a battery holder you will continue the copper tape from the left over the battery area. I like to make this into a little square so there is a nice large area for the bottom of the battery to be in contact.

Then the tape from the right (from the long leg) will tape straight onto the top of the battery. Press your switch and see if your circuit works!

Once you have all of your parts taped on your paper circuit you can press the switch and see what happens!

Switch not lighting up? There is a few trouble shooting ideas printed onto your template. These include checking that your LED and battery are connected in the right direction, as well as making sure you left those important gaps in the copper tape on the template! You can also add electrically conductive paint to all of the joints (tape to tape or tape to metal). 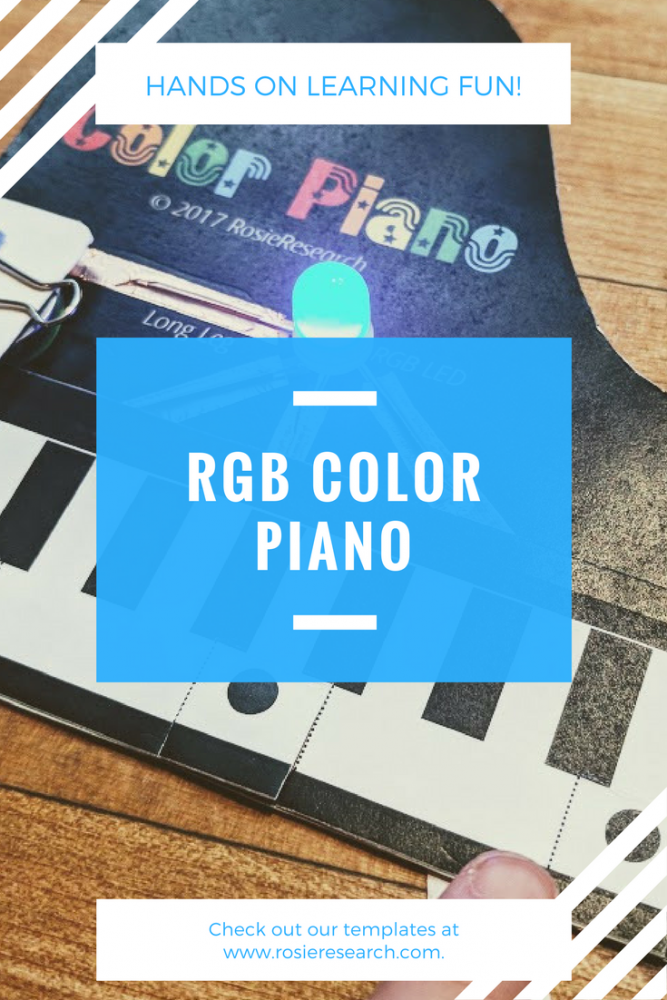 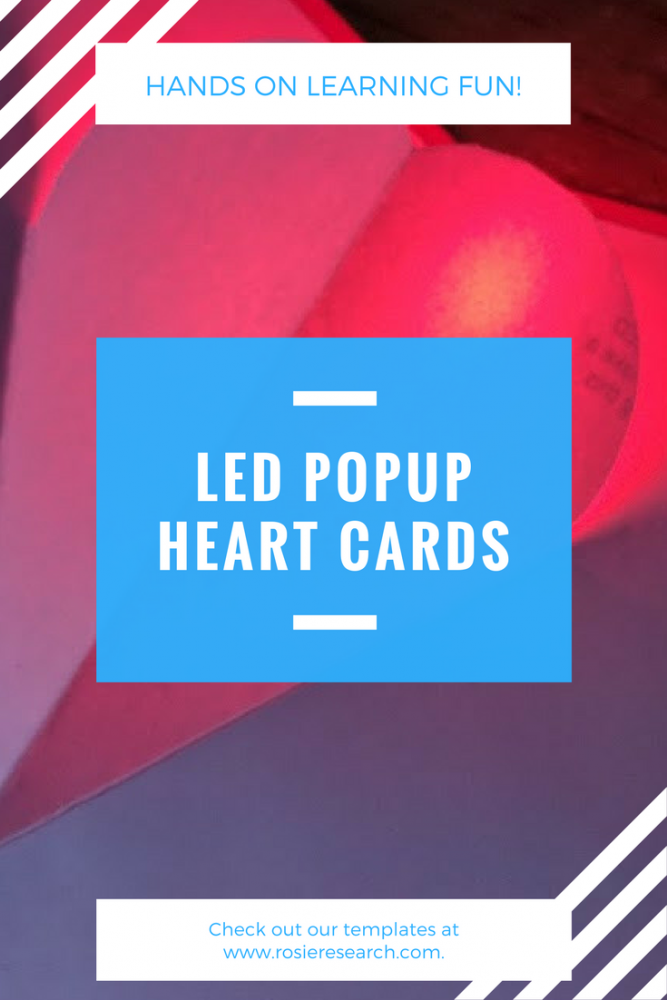 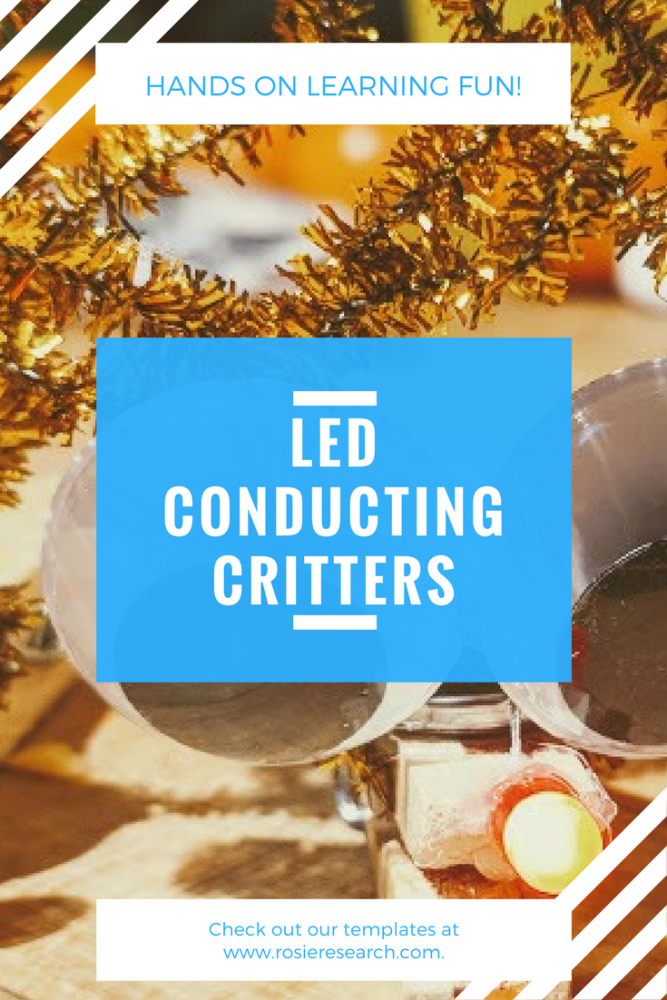 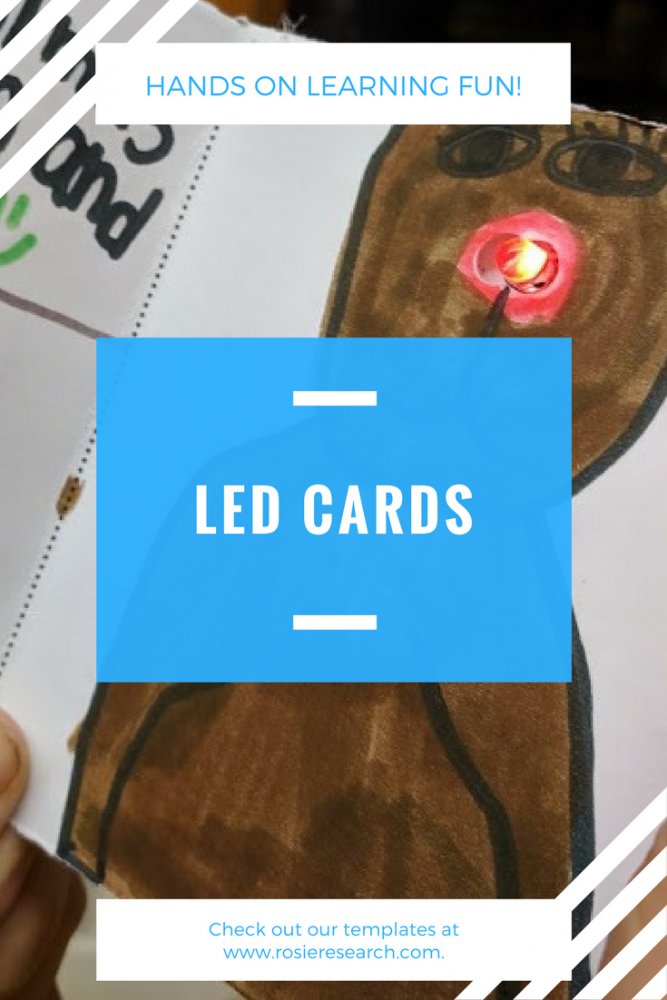