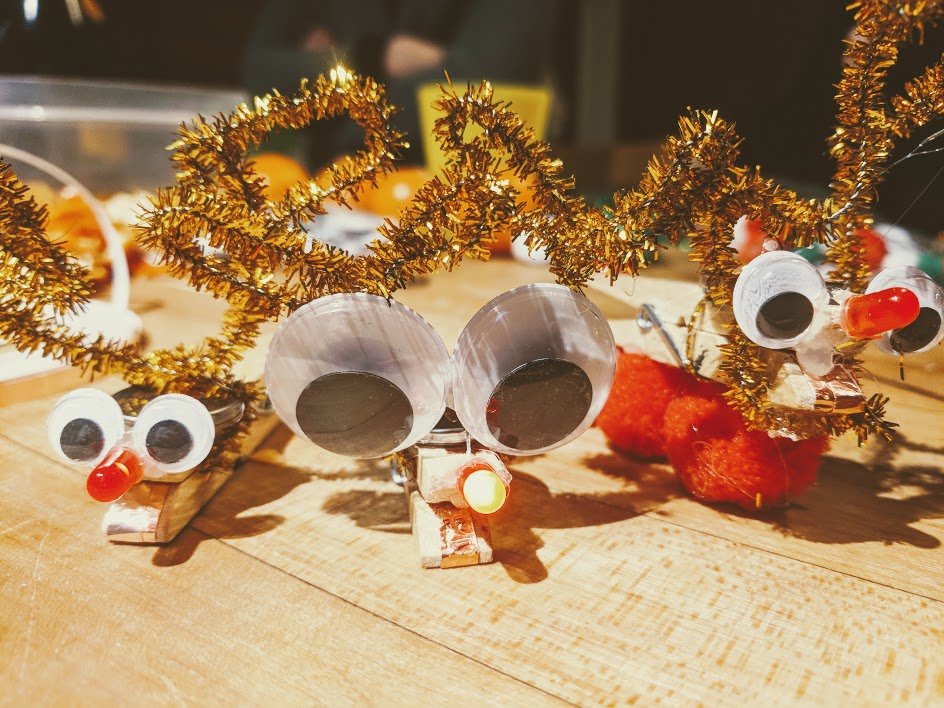 Looking for fun, educational, and creative simple electronics projects for your family to enjoy?

Often when we are learning something new it is difficult to visualize the inner workings of things we take for granted. Switches is one thing that comes to mind.

Most people don't know how a switch actually works.

That is, they don't know how it actively opens or closes a circuit. In our simple electronics projects, we try to remedy that. In this case, the switch is visibly open or closed.

You can get a lot of the ingredients for this project from your local dollar store. However, you would be hard-pressed to find the right type of battery, LED, and copper tape there. Fear not! You can find those items online or at your local hardware store!

Get supplies on our curated Amazon list
Create a DIY circuit kit as a gift!

If the LED doesn't light up try the following:

What are common circuit components?
The battery - The battery is made up of three components, a cathode (the positive side), an anode (the negative side), and an electrolyte (a chemical solution). The reaction of the chemical solution with the anode and the cathode cause electrons to build up at the anode (the negative side of the battery). Like charges don't like to be near each other, so when they have the chance to flee each other into the wires of a circuit they do so. In this way, the battery is the energetic driver of electrons in the circuit.

The wires - In most of our simple electronics projects the wires are actually copper tape. All metals are conductors that act as a highway for electrons to move through. As you lay down the copper tape, you are laying down the roadways that electrons can travel on. Where you choose to connect those pathways to can ultimately create a simple (or complex) circuit.

The LED - We use LEDs in all of our simple electronics projects. They are cheap and easy to source, and easy to put into a circuit. The best part is you can find rainbow LEDs that change color, or LEDs with extra legs that allow you to change the colors of the LED.

A resistor - We don't actually use a resistor in many of our simple electronics projects. This is because we use small batteries and copper tape. When we connect two pieces of copper tape together there are only a few points of contact. This makes the electrons wait in a line to get through that traffic jam. In this way, the joints of the tape act just like a regular resistor in a circuit would.

What do regular switches look like?
Light switches are likely among the most commonly seen switches in our lives, but switches are everywhere. From turning on your microwave to choosing if your holiday lights are on, off, or flashing, switches play a pivotal role in how we harness the power of electricity.

The insides of switches can vary dramatically. For example, many rocker types of switches use a small metal ball that moves its position based on the switch position. That metal ball can either close a circuit by connecting two points or open the circuit by moving out of the way. Other switches are spring operated, where the user presses down on a switch which presses a metal plate across to, previously unconnected, wires in the circuit.

Our switch uses our fingers to hold it open, although you can easily create a small candy cane or another treat for your animal to munch on that is made of paper. The paper, which is an insulator (that means it makes it really hard for electrons to move inside of it), prevents the flow of electrons and holds open a gap in the circuit, preventing the LED from lighting up.

Why should I engage in simple electronics projects with my kids?
Learning a wide range of science when kids are young helps them make deeper connections as they go through school. Circuits is a great way to expose kids to fun science that requires attention to detail, problem-solving, and persistence. Simple electronics projects don't even require the use of difficult tools like soldering, but gives kids hands-on experience with circuit components and how to put those pieces together to create something of interest that plays music, lights up, or moves around.