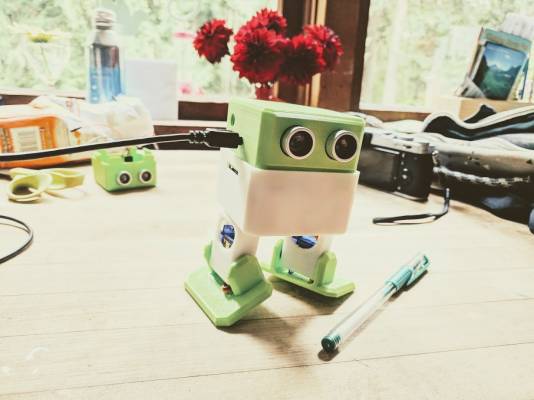 Cost: ~$50 (here’s an Amazon link to check current prices)Age Range: 8+ (our 4 year old could build it, but the programming side is definitely 8+)Software: Arduino web editorOur overall impression: The OTTO robot is a cute little guy that has the building part we love, but is missing easy coding that others offer.

The OTTO Robots have taken the 3D printing world by storm since their bodies can be made at home and the robotic parts can be sourced online fairly easily. There is also an entire community around these DIY robots that pack a lot of cuteness in their little bodies.

Cons: What we don’t like about the OTTO robot:

Overall, the OTTO robot is a great addition to your robot family if you ahve more experienced programming kids. This was just a quick overview, you can learn more about each pro and con below.

Pros of the OTTO robot:

I like that you can build AND program the OTTO robot

If you have read my other reviews of various kids robots you will see a thread in that I really like the robots that kids get to also build. There is a dearth of products out there that allow both of these processes. In fact, I would say about 8 out of 10 products on the market are meant mainly to teach kids programming skills. Most things are ready to roll right out of the box.

The OTTO robot is different in this aspect. Kids will get to actually wire, snap together, use screws, etc, to put their robot together. The number of skills that are learned in this process is numerous and, I believe, an important piece to bringing the future of STEM to their doorsteps.

I like that building the OTTO robot is fairly straightforward

In the spectrum of the difficulty of robot building, the OTTO robot would come in just after the robots that are ready to roll out of the box. Most of the building involves snapping the motors into the legs, threading wires, and plugging the wires in. In fact, my 4 year old was able to build her OTTO robot on her own. A feat that she was so proud of it made the OTO that much more special.

I like that you can 3D print your OTTO body

OTTO is an open source DIY robot. That means you can download a template of the 3D print files for a typical OTTO robot and customize it to your heart’s content. I’ve seen OTTO robots with skirts, silly faces, Darth Vader masks… The cool thing about this open source aspect is that kids can also have a hand in creating a 3D file and watch it print (if you have a 3D printer). I think this is a huge pro to the OTTO robot.

A lot of the other robots we have played with use wheels to move. This makes sense since wheels are very stable and easy to move with a single motor (or more). The OTTO robot instead uses 4 servo motors to make a sort of walking motion. I think this is a fun way to bring a different type of robot home. Kids can then compare if a rolling robot is more accurate than a walking one. Does the walking robot lose balance often? I can say our OTTO robots always fall down while doing the All the Single Ladies dance.

Cons of the OTTO robot:

There are no gamified apps for the OTTO robot

The OTTO robot is an open source project with a lot of community creative support. Currently, however, there is no app that walks kids through the process of learning to program. Not only that, but there isn’t really a reliable Blocky programming interface to the OTTO robot, which means kids have to learn how to program in a script. This precludes pre-readers from the fun, and can also be frustrating for kids trying to learn programming basics, as a single semicolon can put a screeching halt to the project. On the flip side – if you are looking mainly to build the robot, there are a ton of very cool pre-programmed dances, songs, facial expressions, etc for the OTTO robot.

The initial setup of the Arduino Nano can be frustrating

I have found about half the Arduino Nano controllers that arrive at my doorstep come preloaded with necessary software and hardware drivers, while the other half don’t. You can likely get around this by purchasing a separate Nano controller directly from Arduino, or use the Nano controller you have and add the necessary drivers. It isn’t too arduous, but frustrating enough for a mention. 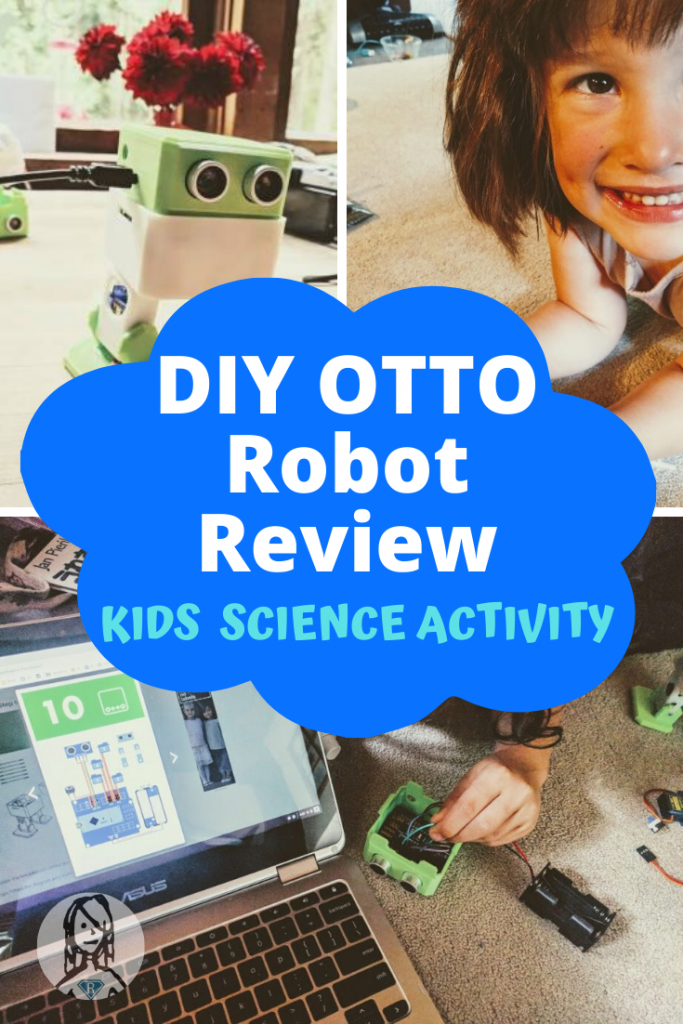