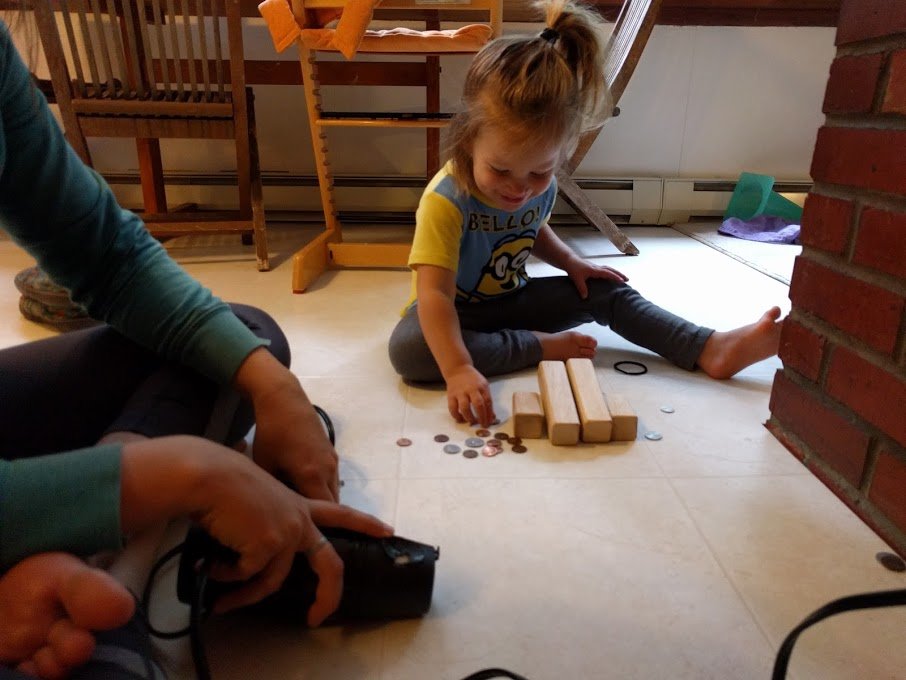 A mass spectrometer separates atoms by, you guessed it, their mass. When carbon dating an artifact, like a mummy, scientists look at a ratio of two atoms – Carbon 12 which is stable, and radioactively decaying Carbon 14.

Not much more though – just about two neutrons more (since Carbon 12 and Carbon 14 differ by the addition of two neutrons in the later). To measure the amount of C12 and C14 we need to separate them, which is where a mass spectrometer comes in. Because of their slightly different masses, they go to different places on the mass spectrometer.

Scientists then use the ratio of the two (C14/C12) to determine how old an object is!

Mass spectrometers are like big black boxes to kids (and most adults). We were searching and searching for a fun hands-on way to learn about carbon dating when this idea popped into Dr. Erica’s head (which was then much refined by Dad tester Evan).

What if we created a DIY homemade mass spectrometer out of a ramp and a blow dryer?!?

These items are easily found around the house, and they follow the same principles that a real mass spectrometer uses.

Let’s break down the comparison of our homemade mass spectrometer to the real deal.

Our homemade spectrometer can effectively sort pennies from nickels. One of the projects in our chicken mummy lab is now to take a bag of mixed pennies and nickels and determine how many there are with our spectrometer. We can then use a chart (yay graphical reading) to determine via ‘carbon dating’ if our mummy is the real deal or a total fake!