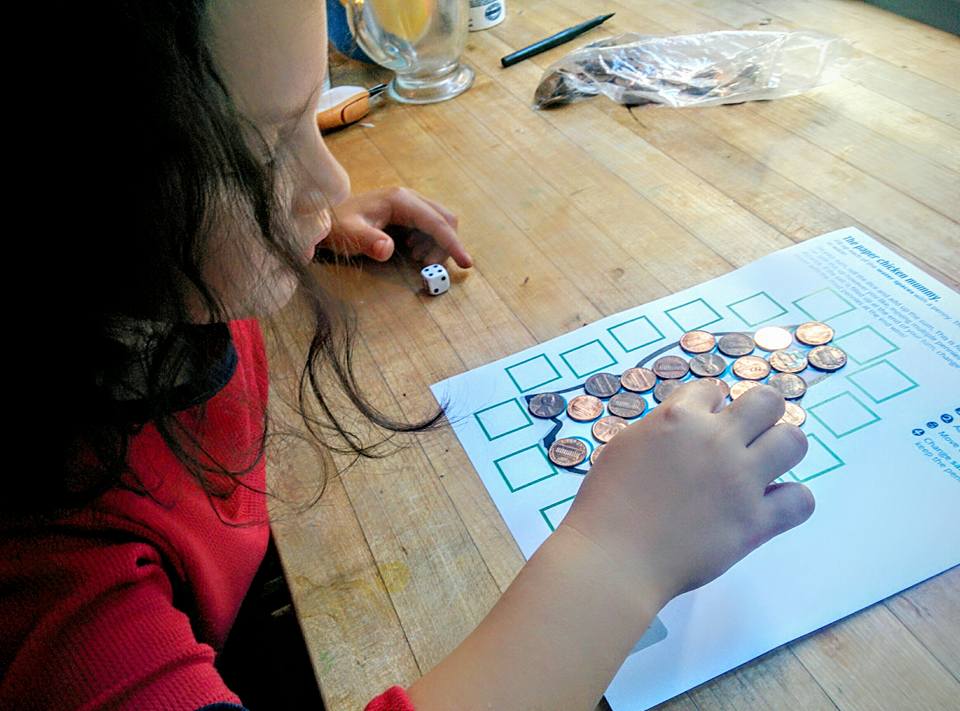 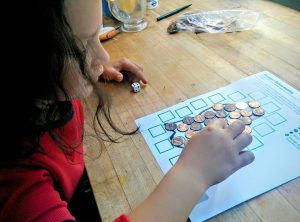 How does salt suck up water?

That’s a question my six year old is very interested in, and the real answer lies in osmosis. We have two containers in our ziplock bag – one with a lot of water (the chicken) and one with very little water (the salt). Osmosis is when nature tries to even out concentrations. That is, it tries to spread the water to the chicken and the salt.

In this add on activity, we look at how the water molecules dry out from the outside skin first, then into the insides. We also learn how changing the salt helps dry the chicken faster, and for older kids, you can modify the movement of water molecules (the pennies) to imitate the real mostly random motion of water molecules! This is a fun dice game that can also utilize some strategy to win it all!

Learning the process of Osmosis

(if your child gets a case of the Why’s)

Imagine having a big bin of two types of balls, red ping pong balls and blue ping pong balls. You put them into the bin with a wall between them. If the wall is impermeable and you shake it all up nothing will happen. That’s because there are no holes in the wall (the definition of impermeable).

Now, if instead of a solid wall we cut holes slightly larger than the ping pong balls, and shake up the bin, what do you think will happen? Over time some of the blue balls will get to the red side and vice versa. The concentration of each color will become diluted with the other. After a long time you would end up with a mix of the two types, instead of two bins of one color each.

This is osmosis. The idea that if there is a high concentration of something on one side (for example all blue balls) and a permeable wall (with the holes), over time they will come to an equilibrium (a happy mix of red and blue).

It helps that salt absorbs water very easily as well, partly because of its ionic properties (that is, salt is made up of one positive and one negative charge in Na+ and Cl-) which attract the polar water molecule with a negatively charged head and positively charged feet.