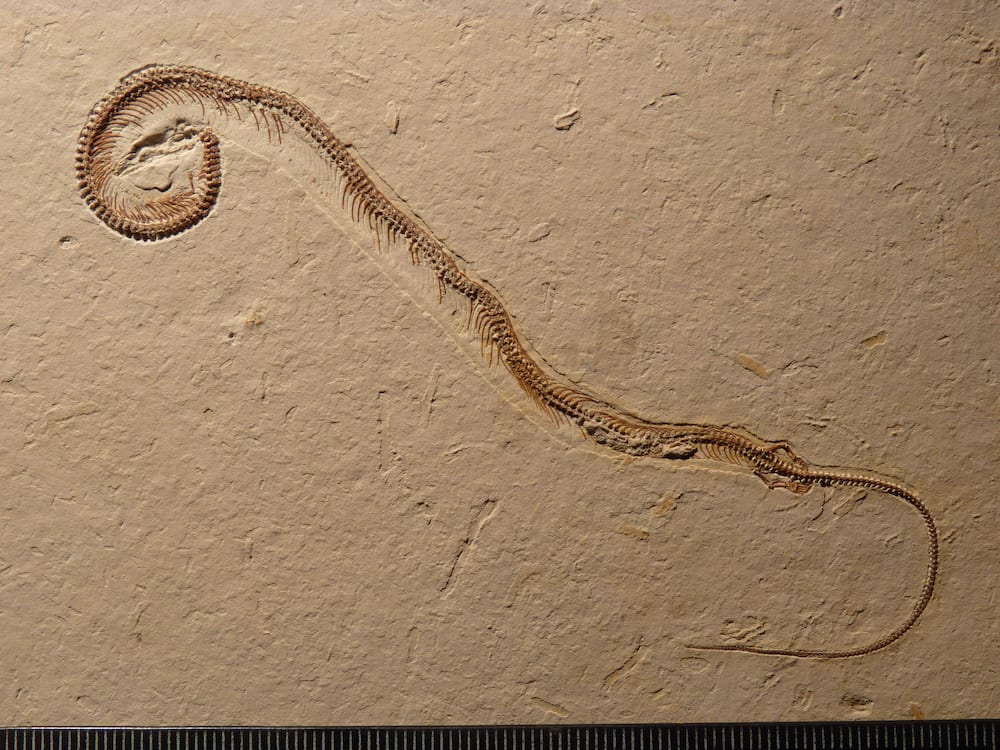 This newly found fossil is causing quite a stir.

Can you figure out why?

Here’s a hint: It looks like a snake, and it is. Kind of. It is the evolutionary cousin to the snake, a mix between a snake and a lizard. A new fossil that is teaching us about the evolution of snakes.

Need another hint? See if you can figure it out from the name! The above fossil is of a 120 million year old Tetrapodophis amplectus.

Like in many scientific names, the name says it all. Tetra means four, podophis means legged. The most recent fossil find is of a four legged snake!

Now here is another challenge. Can you spot the rear legs? How about the front legs?

My, what small legs you have!

See how small those snakes legs are? So small that it wouldn’t be able to walk along like a lizard.

Why would you need legs if not for walking? Scientists believe that the legs helped in holding onto wiggling prey while hunting and clinging to partners while mating.

Four legs and a dropped mic.

Scientists have known about two legged snake fossils for a long time. That was an important link in the evolution of snakes, but the lack of a four legged ancestor was puzzling. Where was the species that evolved from the four legged lizard?

No one knew until an unexpected class trip tot he local museum. You read that right. This fossil had been in a museum unidentified for years! We have David Martell to thank for this exciting addition to our knowledge of the evolution of snakes!

Now the missing link to the evolution of snakes has been found!