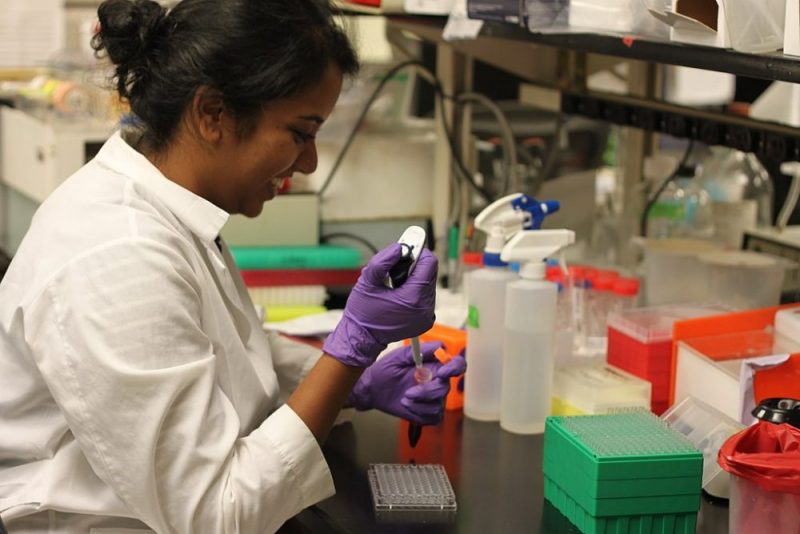 Why is science important?

Science is important for a variety of reasons including:

Let’s take a closer look at each of these below as we answer the question why is science important in our lives.

Why is science important? Because it increases our fundamental knowledge.

Not all science has an immediate payoff. Some science discovers what we call fundamental knowledge. This is knowledge in how our universe works. Not even in how molecules interact, but in how molecules are made. Fundamental knowledge is important because it shows us how protons and neutrons are made. It shows us if our theories of gravity are right. It helps us understand how waves of light (or radiation) interact with our bodies.

Often the fundamental knowledge we gain from science doesn’t have immediate applications.

It takes decades, if not centuries to put that fundamental knowledge into action. But once we have the knowledge, and we create the applications, it is hard to imagine life without it. Imagine a world where we did not know about the existence of x-rays, and could not look at broken bones on a doctors screen to help heal the injured.

Who knows what applications will come of the discovery of the Higgs boson, or of the confirmation that heavy objects warp space, just as pebbles ripple water. Our grandchildren’s grandchildren, however, might not be able to imagine a world without those discoveries.

Why is science important? Because it creates new technology.

Can you imagine your life without the phone? Not the phone in your pocket, but just a regular landline, dial-up phone? Without science, we wouldn’t have those, let alone the mini computer that is sitting next to you that we now call a phone.

Can you imagine your life without electricity?

You would be cooking your food over fires, keeping warm with layers of blankets, hand sewing all of your clothes, or walking from place to place. You certainly wouldn’t be reheating dinner in your microwave.

Science is important because it creates the new technologies.

From self-driving cars to Martian rovers, nano-sized cancer zappers, origami folded prosthetic limbs, light controlled brains, even quantum computing – there is no shortage of places that science is going towards today.

If we want to reap the vast benefits that science can provide we have to actually do the science.

We need good brains in the labs and dedicated bodies running the experiments. We need people who are capable of problem solving, mathematics and collaboration.

Today, as you read this, there is a scientist in the lab cooking up a new technology that you won’t be able to imagine life without in just a few decades. What will it be? Can you even imagine it?

Why is science important? Because it creates new applications we haven’t even dreamed up.

It might seem crazy to think of a world without the internet, yet just a few decades ago it didn’t even exist. The internet, as we know it, really started to take form in the 1970s, as scientists tried to transmit messages from one computer to another. Each computer, however, had to be connected to each other. If you wanted to talk to ten people this way, you would need ten computers to do so.

Imagine your lives now if scientists did not push to improve this new technology.

After years more of progress in training computers to talk to each other and developing the framework for a network the world was given the internet. Of course, this still wasn’t the internet as we know it, but it was a huge step, and a great tool for scientists to share their knowledge, experimental data, and published papers.

In fact, the internet has grown so much from all of the development that scientists have put into that now you can find the internet in space.

US Department of Energy

Why is science important? Because it allows us to share ideas.

All of the science that has impacted your life has gone through a process called peer review. That means people in the same field, and at the same level of study, as another scientist read their papers, look at their experiments, investigate their results, and give it a thumbs up or a thumbs down. This process opens the door to find weaknesses in experiments, and can often highlight areas that collaboration can occur.

Science is a team sport.

Every discovery is aided by thousands of experiments, and hundreds of scientists working to recreate, confirm, or deny, the discovery. Each of those scientists contributes to the ideas and the ability to discover the validity of those ideas. Each of those scientists is a part of a collaborative process of sharing ideas. A process to find the weak links in logic and replace them with stronger ideas. A process that joins mathematicians with computer programmers with chemists with geologists…

Science is a language that crosses borders, traverses languages, and brings together cultures.

Science allows us to share our ideas in a public forum. And by sharing those ideas we can either confirm them to be true, are dissect them to learn more.

Why is science important? Because it helps us understand our world.

There was a time when we thought the world was flat. Can you imagine planning your trips in a flat world? Can you imagine trying to explain the movement of land masses on a flat Earth?

Science helps us understand our world.

From understanding gravity to the spherical shape of the Earth to climate change, science helps us understand, and interact with the world around us.

As we move from understanding the basic laws of physics, to realizing that even the basic laws are far more complex than we had ever imagined, we gain more insight in how we can better solve problems in our world.

Science gives us a set of laws that we can live by. A set of laws the can explain all of the phenomena we see from day to day. And when it can’t, scientists slave away day and night to find an explanation.

So I hope if you are asking yourself – Is science important? You are now completely convinced that yes, science is important in our lives and impacts our lives in millions of ways each and every day!