How do we build things?

Usually we put together pieces of a whole. We build brick after brick to make houses. We have always relied on assembly lines of one sort or another. In some cases, we rely on nature to build it. How does nature assemble things? From things as small as proteins and viruses to as large as swarms nature has a way of building that we can’t replicate. Until now.

Self assembling bricks to the rescue.

Up until now we have only touched on 1D and 2D self assembly. Often, these even relied on an initial template to start building from. Adar Hacohen‘s group from Bar Ilan University has changed the game. They recently reported self assembling bricks that build in 3D. No template. No seed. The infinite degrees of freedom in 3 dimensional objects interacting. They had to find a way to make self assembling bricks assemble independent of orientation, rotation and velocity. With multiple objects that is a lot to account for.

How did they make self assembling bricks? 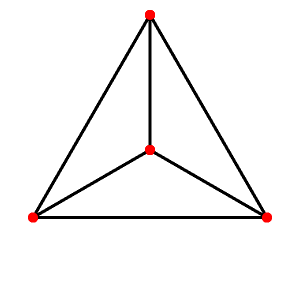 Tetrahedra are the simplest 3D objects. To make a 3D object you must have at least 4 faces. It just so happens that tetraherda have just that. You can think about this in terms of points as well. 3 points would make a 2 dimensional triangle. Add a fourth point and you have a pyramid, or a tetrahedron.

Of course, these bricks aren’t just any tetrahedra. Each face has nine points and a pentagon. Because the points can go inwards or outwards they allow the self assembling bricks to merge together. They also placed a magnet inside the bricks. That small magnet allows them to stick together.

To get the pieces to bump into each other they spun a set in a centrifuge. Starting out at high speeds that lowered over time, similar to how DNA folding starts at high temperatures, and anneals at lower temperatures. Seems impossible? Watch two self assembling bricks in action.

Pretty amazing! There is still a long way to go. Especially if we want to have self assembling bricks build toys and consumables. As the complexity of the final product increases, the number of cones increases. The process is similar to a phase transition. Blocks assemble within the span of seconds at a particular speed. That means there is a critical point at which self assembly happens. With these new self assembling blocks we now have the chance to investigate how nature works. Possibly one day we will be able to replicate it!

Make a tetrahedron. Tetrahedra are considered simple 3D objects. Print, color and create your own.

Guess how long it will take to make 18 bricks assemble. How long did it take 2? Will it take the same time for each additional brick? Why? Why not? Watch the movie below to find out!