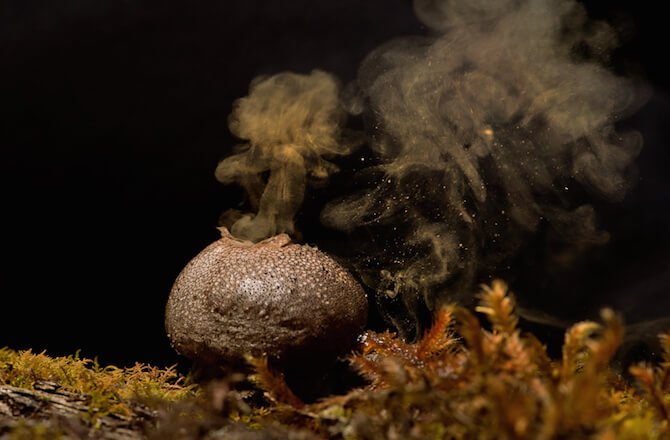 Have you ever tried to make a cloud in a jar? If so, you will know that you have to seed your cloud with something. You need tiny little particles in the air for the slower moving water molecules to condense on. When you do the cool experiment at home you will likely use smoke from a match, but our biosphere doesn’t have smoke from a match creating enough particulate to make it rain.

So what is seeding clouds in the real world?

Mushrooms. In particular, mushroom spores. Millions of tons of mushroom spores are released into the atmosphere every year. Scientists from my alma mater just showed that these mushroom spores, along with plant spores and pollen grains, act in seeding clouds.

How do mushroom spores seed clouds?

The mushroom spore releases hygroscopic sugars. Hygroscopic means water loving. Hygroscopic sugars have the ability to attract and hold onto water molecules in the surrounding area. Once the spores attract enough water they become so heavy that they begin to rain down. In the ultimate interplay in our biosphere, mushroom spores are seeding clouds, which in turn seed mushrooms! 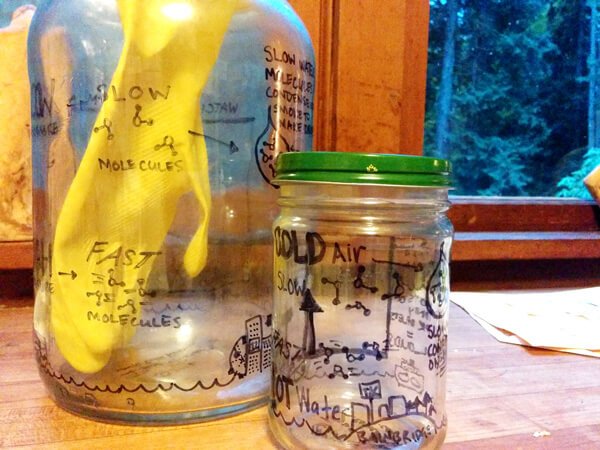 To seed clouds via a change in pressure in a fun science experiment at home you need a large glass jar, rubber glove, water and a match. Put a small amount of water at the bottom of the jar. Attach the rubber glove to the top and wait for 10 minutes – this lets the water vapor build up. Stick your hand in the glove and pull it out. This reduces the temperature slowing down air molecules. What happens? You will find nothing happens! Why? Because we forgot to seed our cloud! Now drop in a lit piece of paper and put the rubber glove back. now try pulling the glove to change the pressure. Voila! A cloud appears!

To seed clouds via a change in temperature in this kids science project you need a small jar, hot water and ice. Put the hot water in the jar along with a lit match (because we can’t forget to seed our cloud) and replace the lid. Then add a bowl of ice on top and watch a cloud form!