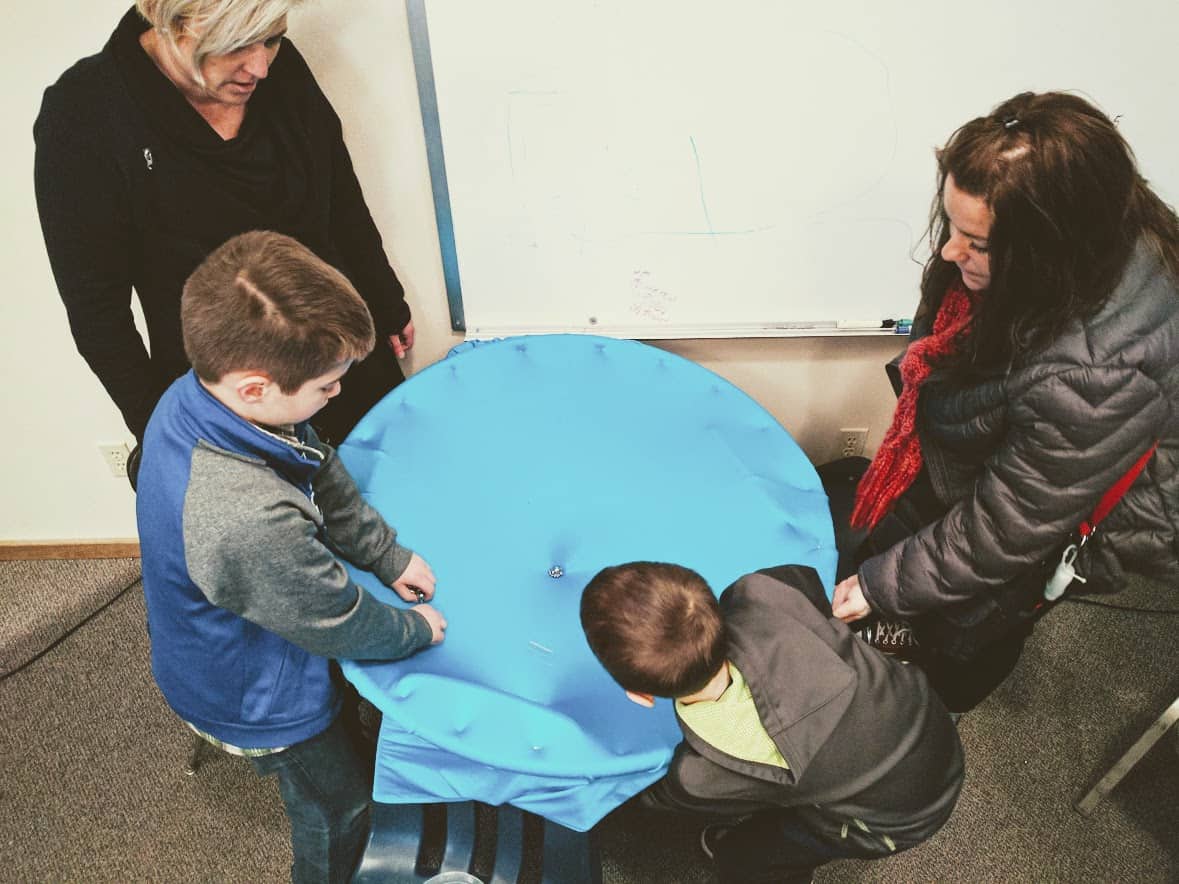 How our solar system was created, and the role gravity played in it.

Gravity warps space and is an attractive force.

Gravity is an elusive force. You can see it's actions, but you can't actually see how it works. We can see an apple falling to the ground, but we can't see how the fabric of space is being warped by the Earth and all of the other objects in the universe. Many years ago Einstien hypothesized that gravity actually warped space in his general theory of relativity, and just recently, a group at LIGO was able to detect a gravitational wave from two black holes colliding. This was so exciting that it won the Nobel prize. The same group has even seen these ripples from two neutron stars collapsing!

In this fun STEM activity, you will make, and warp your own fabric of space. Using marbles as planets you can then see how the mass of the Sun warps space so much, that it causes the planets to orbit!

Why is gravity important?
Gravity is the force that pulls objects together. The best example of this is you sitting in a chair. It is the force of gravity between you and the Earth that allows you to sit in that chair. Gravity is also what keeps Earth in orbit around the sun. The Sun is always trying to pull us closer, as Earth tries to launch away, creating a nearly circular orbit.

Long living Greek ideas.
Gravity is a relatively novel idea, we only truly learned what it was all about in the last few hundred years. Before that, there was the long-lived Greek idea that the planets and the stars were part of another, holy and spiritual, realm. It wasn't until the 1500s that astronomers were able to discern the planets revolving around the Sun (and not everything revolving around the Earth).

Did gravity discover a planet?
Neptune was discovered by gravity. Uranus, the second to last planet in our solar system, had odd changes in its orbit. Astronomers believed that this could be due to another massive object nearby, an object that turned out to be Neptune! There is evidence mounting for a ninth planet (no, not Pluto), that lurks very far away from us. The presence of this planet would help explain the tilt of the solar system as compared to the Sun's equator, and the lack planets of similar mass to Earth that we have seen in many other systems.