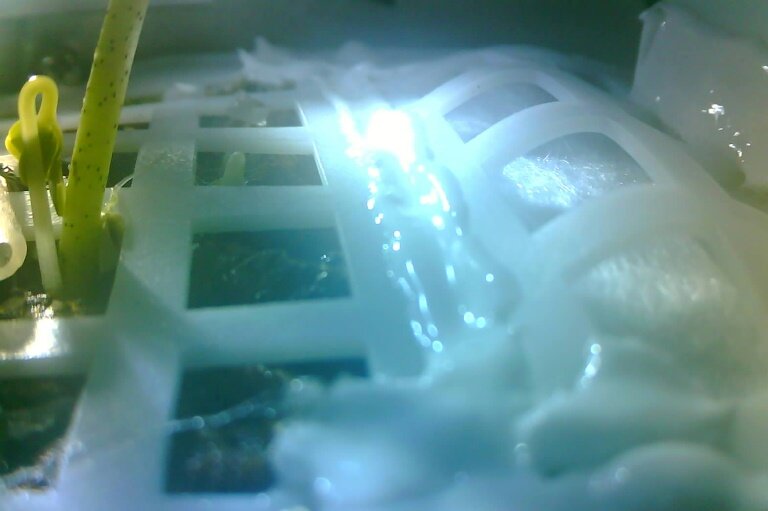 This week China not only landed on the dark side of the moon, but they also started growing plants there. Not in the lunar soil….yet. But they did wait to water the seeds until the craft touched down on the far side of the moon, and have now begun to see the plants grow.

Scientists picked a few types of plants for the 286,000 mile journey including cotton, rapeseed, and potato. All three types of plants have already been seen on images growing, which is great news to our future efforts in space.

For example, the ability to grow, and store, food on the moon could be an essential stopping point on the trek to Mars. Potato plants could help with this, but why cotton plants? Astronauts need clothes. To make those clothes last forever we need to be able to make new clothes as the old wear out. By learning how cotton grows in microgravity we can discover how we can (or can’t) use it in future space missions to provide necessities like clothing.

The biggest discovery, however, might be the realization that growing crops in space, or on other planets, might not be as difficult as we originally thought.

Communicating to the dark side of the moon.

Sound waves can’t travel through the solid mass of the moon. Just as you can’t get a radio signal from the bottom or Earth to the top of Earth without bouncing it off a variety of towers. There are no towers in space, so the Chinese launched a satelite to serve the same purpose. Much like how we must time our communications with Mars such that the satelites orbiting can make a direct line of sight to Earth, communications are sent from the moon to Earth via this orbiting satelite.

As we become more and more interested in developing space, overcoming communication issues will be of paramount importance.

China has already announced another mission to the Moon that is happening at lightening speed. They plan to launch in March of 202!