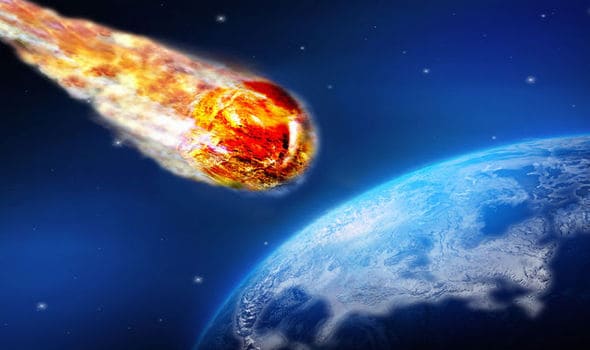 65 million years ago an asteroid collided with Earth and took out massive swaths of life – obliterating almost all of the dinosaur species in one fell swoop. Let’s take a look at some cool facts from the big wipe out.

The survivors.
First, the survivors. The asteroid death smash didn’t kill everything. Just a lot of things. Some notable survivors, however, include almost all birds, turtles, crocodiles, frogs, snails, ferns, sea stars, and sea urchins. Next time you get to hold a sea star in a touch tank, just think about how those rough, hard but soft, creatures were around when T. Rex was roaming for its last meal.

The 18-month winter.
After the devastating impact, massive amounts, about 15 million tons, of smoke and dust was kicked up into the air, blocking out the sun for nearly two years. Day turned into night, and temperatures took a big turn for the freezing. That winter was quickly ended once the dust finally cleared, and greenhouse gasses started locking in massive amounts of heat. This dramatic temperature change was the last nail in the coffin for many species who survived the long winter.

Raining fire.
The asteroid strick was so fierce that it literally vaporized rock into the air. Much like how water vapor in the air leads to raining water, rock vapor in the air led to – you guessed it – raining rock. As the rock rained down it generated so much friction with the air around it that they landed on Earth red hot and ready to start fires. Yes, it basically rained fire. That is terrifying. Thankfully the raining fire only lasted a few months, as the reduction of soot in the atmosphere helped water vapor condense and rain down, picking up even more soot on the way down. But still, months of raining fire. No thank you. 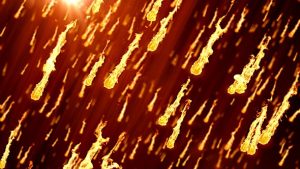 The Yucatan Crater
A crater on Mexico’s Yucatan Peninsula is been dated back 65 million years ago, and is, what scientists believe to be, the last remnant of the asteroid that led to the fifth mass extinction event on Earth. The crater is a jaw-dropping 110 miles wide. There’s no way to know for sure, but studies show that the asteroid must have been about 6-9 miles wide to create such a crater – basically, Manhattan came raining down on Earth from space. At impact it was moving about 12.5 miles per second – not per hour, per second. 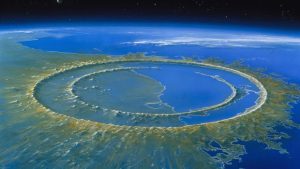 Asteroid 2012 TC4.
There is currently an asteroid on a close encounter with Earth. Don’t worry, we will all be safe as it will pass by about 26,000 miles away, which seems massive, but is only a tenth of the distance to the moon. Asteroid 2012 TC4 isn’t like the one that killed the dinosaurs though, it is a mere 100 or so feet wide, a far cry from 6-9 miles!