For almost 20 years some scientists have claimed it wasn’t Chuck Yaeger who was the first living thing to travel faster than the speed of sound. Who did they propose was the first?

Well, their tails at least. The Apatosaurus was between 70 and 90 feet long, with their tail taking up more than half that length! The Apatosaurs’ tail leaves it’s body about three feet thick, but by the time it gets to the end it is only as thick as your pinky. This long, and unusually thin, tail looks similar to the first thing humans used to break the sound barrier: a bull whip. 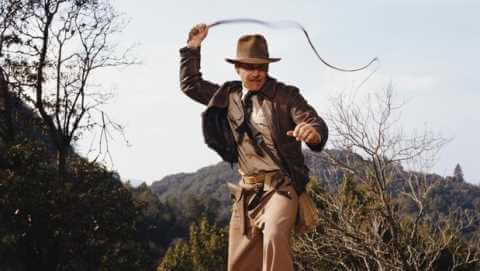 How could such a thin tail help the Apatosaurs?

It certainly couldn’t harm other dinosaurs, but that doesn’t mean it wasn’t used for protection. Of course, it’s one thing to hypothesize the dinosaur using its tail to break the sound barrier – it’s an entirely different story to show it. Considering these supersonic dinosaurs’ tails are extinct and all.

A team from Intellectual Ventures just reported finding an answer in robotics. They created a 1/4 scale model of the Apatosaurus with aluminum vertebrae and steel tendons. Weighing in at 44 lbs the model had a tail whip speed of 800 miles per hour! IF they take into consideration the true dinosaur size, their study shows the sound of their tail whip would have been so loud it would break human ear drums!

So there you have it. Supersonic Dinosaurs used their tails to scare off predators!