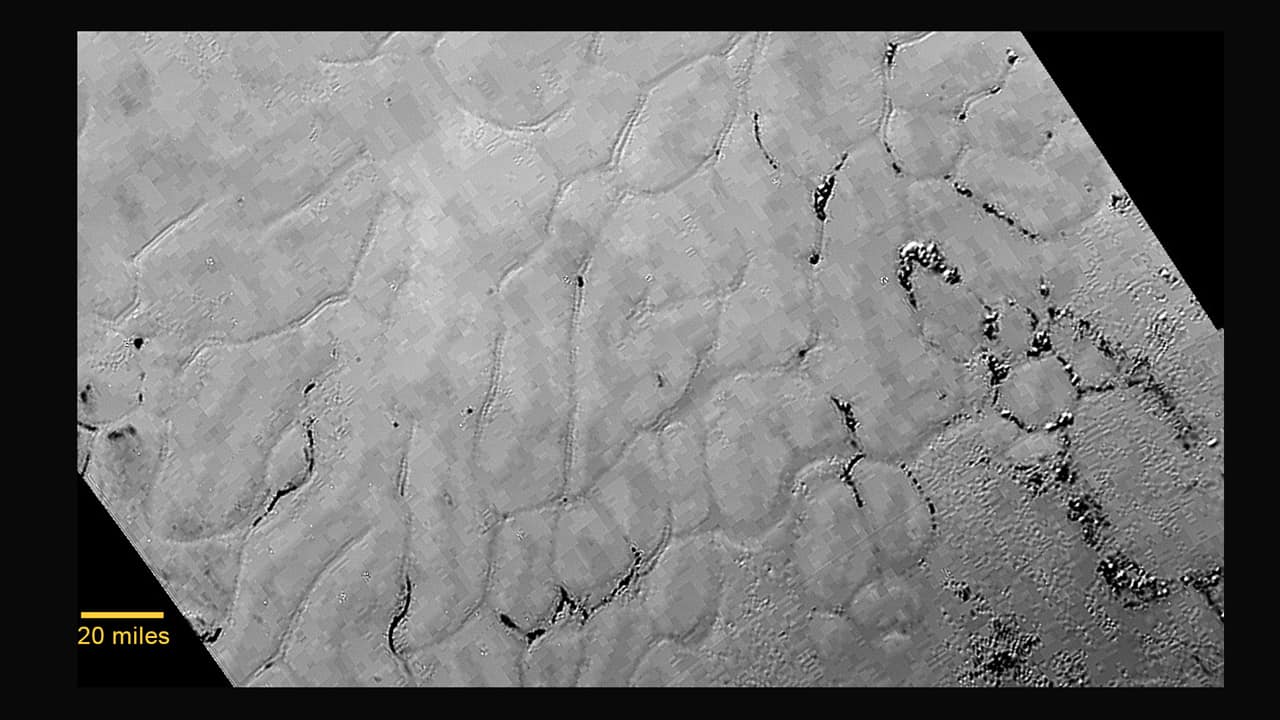 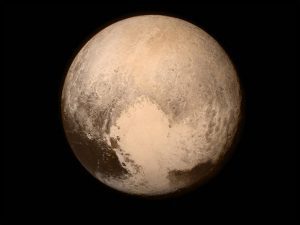 The New Horizons Mission had it’s closest fly by of Pluto just four days ago. It took ten years and a trip of 7.5 billion kilometers (thats 4.67 billion miles) to get there – imagine how hard it was to actually fly by Pluto!

New Horizons was built to act like a reverse fire hose, taking in huge amounts of data during the fly by. It took in so much, in fact, that it will take 6 months to a year to download all of it!

Everyday NASA is getting new close up images, and the results are startling. Inside Pluto’s heart feature there lies a large, craterless plain. But what’s really interesting is it seems it’s no more than 100 million years old! That means it happened just before Dinosaurs roamed the Earth! The videos below show the location of the icy plains on Pluto’s surface as well as a flyover of what the icy plains look like close up!

So what does this mean for Pluto’s geology?

Earth has a hot internal core and plate tectonics that move our geological features over time. Take a look at Pangea, a super continent that started breaking up 175 million years ago. It broke up due to rifting in plate tectonics. This continental movement is still happening today. In fact, Australia and Asia are on a very very slow head on collision course!

It was always believed, however, that Pluto lacked a hot internal core that would provide the mechanism for plate tectonics. Meaning, they always believed Pluto’s surface didn’t change geological features. Certainly not on a time scale of 100 million years or less! This new finding has Geologists puzzled and racing for a way to understand how this is happening. Could it be that there is so much radioactive elements on Pluto providing the necessary heat for this to happen? But then why did they not decay? Is there a new geolical mechanism waiting to be discovered? Or could it be that Pluto is not geologically active, and instead layers of ice are being deposited on top of old features?

Only time will tell!