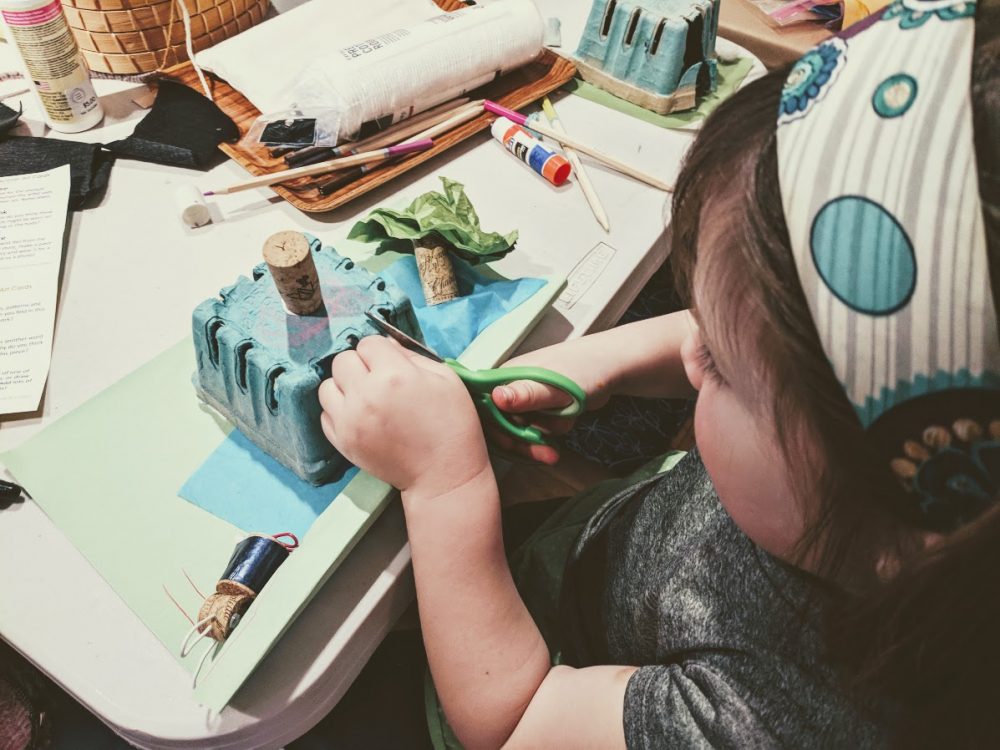 Turbo charge your recycled crafts by combining research and engineering.

Research projects involve finding, and presenting, information in a variety of settings.

With the recent death of the worlds last male Northern White Rhino it is clear that there are many animals that were able to survive for millions of years, but could not survive the impact and hunting of mankind.

The Northern White Rhino is not alone, either on the list of endangered animals, or it’s soon to be home on the list of extinct animals if costly IVF measures to produce offspring do not work.

Humans are not kind to the existence of other species, as evidenced by the extinction of the West African black rhino, Pyrenean Ibex, passenger pigeons, sea mink, Tazmanian tiger, the Great Auk…the list of extinct animals goes on and on. And these animals carry one common thread – they were hunted to extinction by humans prizing fur, horns, meat, blood, etc.

Animals become endangered and extinct because as humans, we don’t learn enough about their beauty, impact on local environments, and importance until after it is too late. That is why I love this engineering meets research paper building project. Kids can pick an endangered animal off of our top 10 list, learn how to research the habitat of the endangered animal, and build a model using corks, toothpicks, and recycled materials.

You can also add on to this project by asking them how they can help their real endangered animal in the wild. Maybe finish the project off with a bake sale or fundraiser to go towards a charity that will help these animals survive.

Part of learning about endangered animals and their habitats is learning how to do research. This is an invaluable skill to attain as it opens the world of information up to you.

We have a downloadable research not taking template that I would encourage you to print and use during this project.

Good research uses multiple sources, so I strongly urge you to use our top 10 endangered animals list to choose a subject, but to go outside of our meager information and dig deeper into your animal of choice using books, documentaries, image searches, online websites, and magazines. 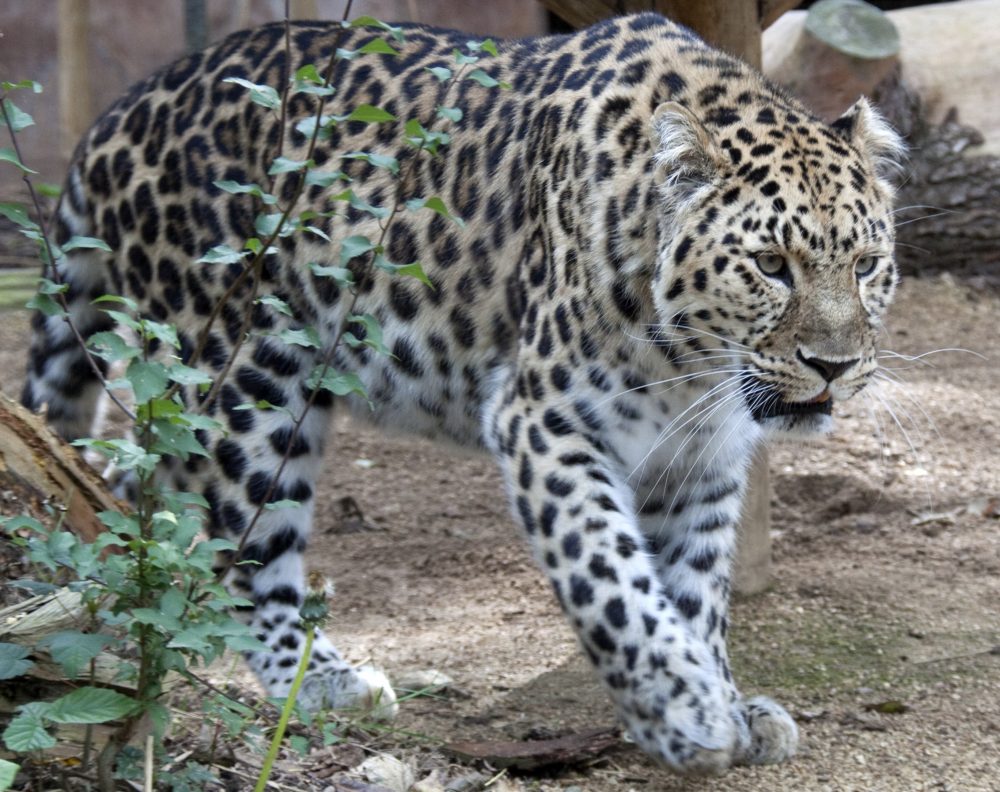 The Amur Leopard is endangered mostly due to human interactions, specifically, humans poach the Amur leopard for their skin, or fur, often leaving behind the bodies. Other threats to the Amur leopard include forest fires ruining their habitats, inbreeding destroying the resilience of their DNA, and human development taking over their habitats. 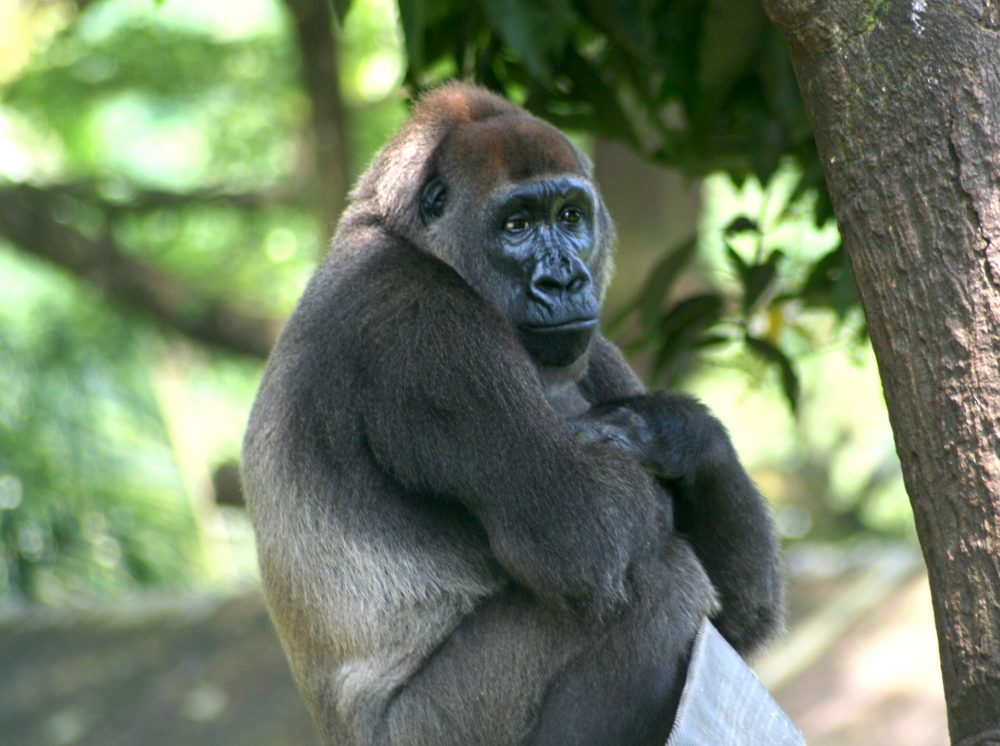 The cross river gorilla is a large animal with few predators that can take them on. They don’t have the poaching allure of fur or tusks, yet they are critically endangered due to human actions in the way of deforestation and development. Because they have become such a small group, they also lack the genetic diversity to thrive and evolve against other threats. 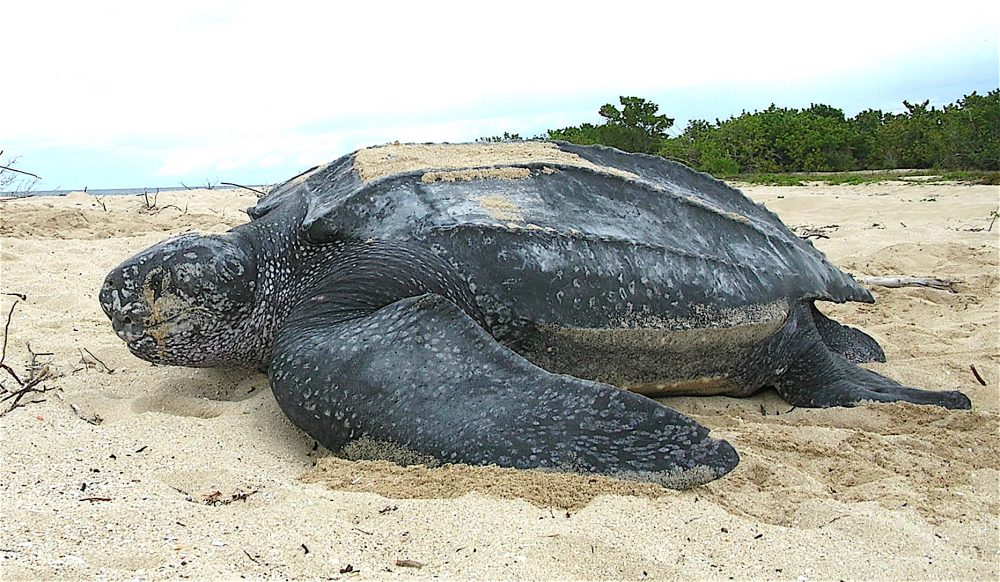 The Hawksbill and Leatherback sea turtles have experienced a massive decline in their populations over the past few years, both seeing their numbers decimated by 80-90%. In some areas, nesting female Leatherback counts have gone from 3,000+ less than 50 years ago to just 2 today. They are primarily hunted for touristy souvenir shells and their eggs are poached. In fact, in some areas, 95-100% of Leatherback turtle eggs are poached and eaten. 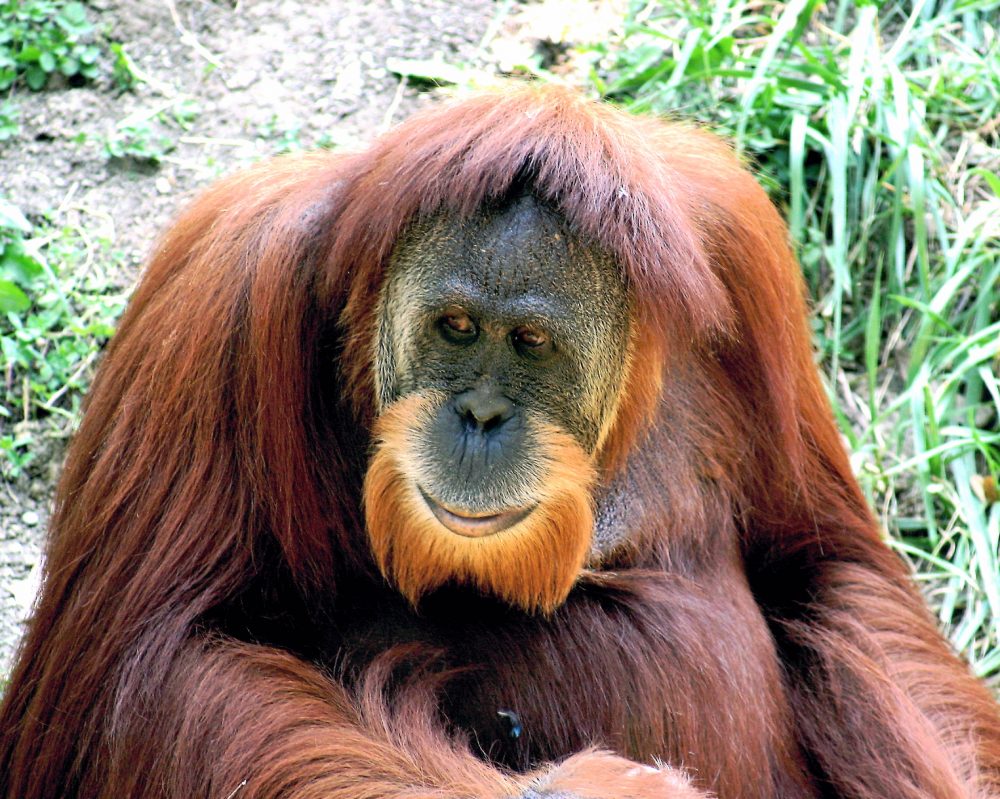 7,500 left in the wild (estimated)Found around Kuala Lumpur

The Sumatran Orangutan (and it’s similar Borean Orangutan) are endangered due to deforestation. Often orangutans must move into nearby fields to find food, which farmers consider a nuisance. Adults are hunted for their meat while females are often separated from babies which are then put into a large, and illegal, web of delivering baby orangutan pets. 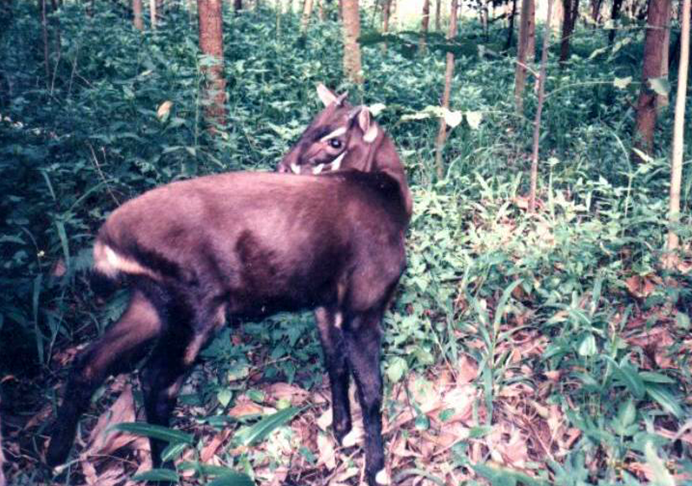 Less than 750 (estimated)Found around the Vietnam-Laos border

The Soala might be making an incredibly brief appearance in our history books. Discovered in 1992 and now critically endangered in 2018. They are critically endangered due to habitat loss and hunting. Conservation efforts to keep Soala enclosed have all proven fatal to the animal within days or months, showing the inability to help these animals subsist in artificial, zoo-like settings. 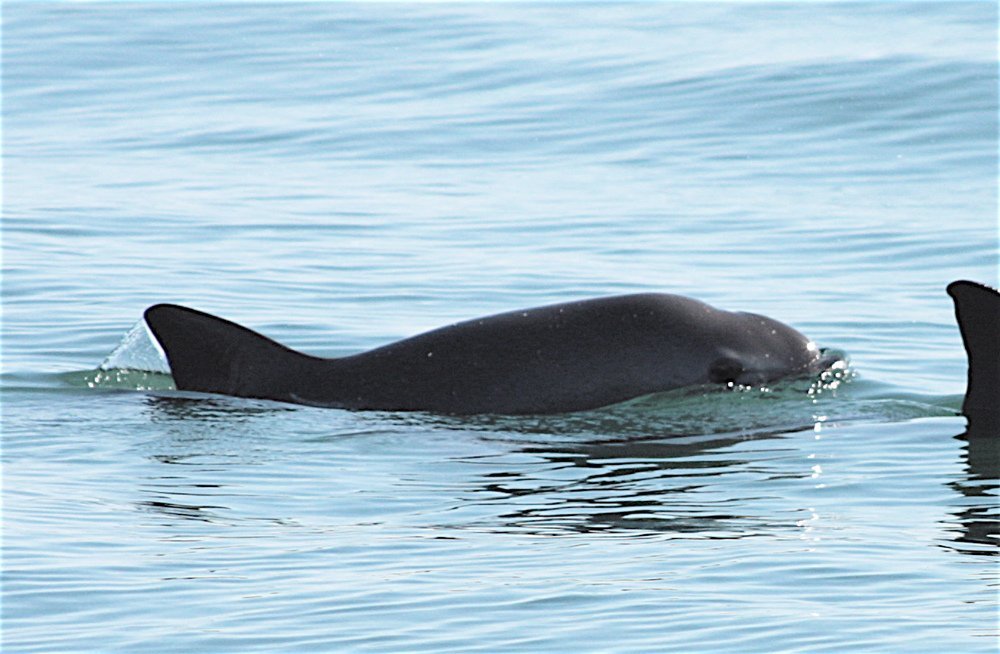 Less than 50 (estimated)The Gulf of California

While Vaquita are not specifically fished for, they are often trapped in nets set out for other marine life like sharks. Vaquita may also be threatened by climate change, as the waters in the Gulf of California begin to change and their habitat is already very small. They could be extinct by as soon as the end of this year. 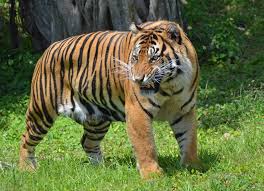 Less than 600 (estimated)Island of Sumatra

Tiger parts and products are heavily used in eastern Asian medicines. Becuase of this Sumatran tigers have been hunted to near extinction and heavy fines (even jail time) has been invoked for anyone caught hunting or harboring tiger products in Indonesia. 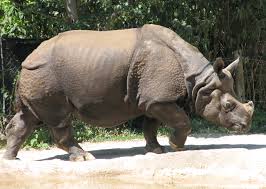 Around 2,500 (estimated)Tropical and sub-tropical grasslands

Rhinos are prized for their horns. Hunters use their horns as trophies, while eastern medicine doctors use ground up rhino horn to treat many illnesses. While harvesting Rhino horn doesn’t necessitate the killing of a Rhino, people often go for the easiest route of slaughter and harvest. Rhino habitats are also being encroached upon by human development.

Learn more: Save the Rhinos 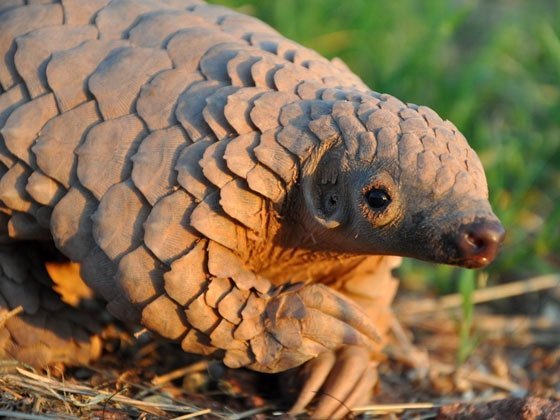 Less than 1000 (estimated)Found in African habitats

Pangolins are heavily hunted for both their meat, which is considered a delicacy and their scales, which are used in African and Asian medicines. The number of Pangolins hunted are thought to be severely underestimated, and the population has been devastated in the past few years. 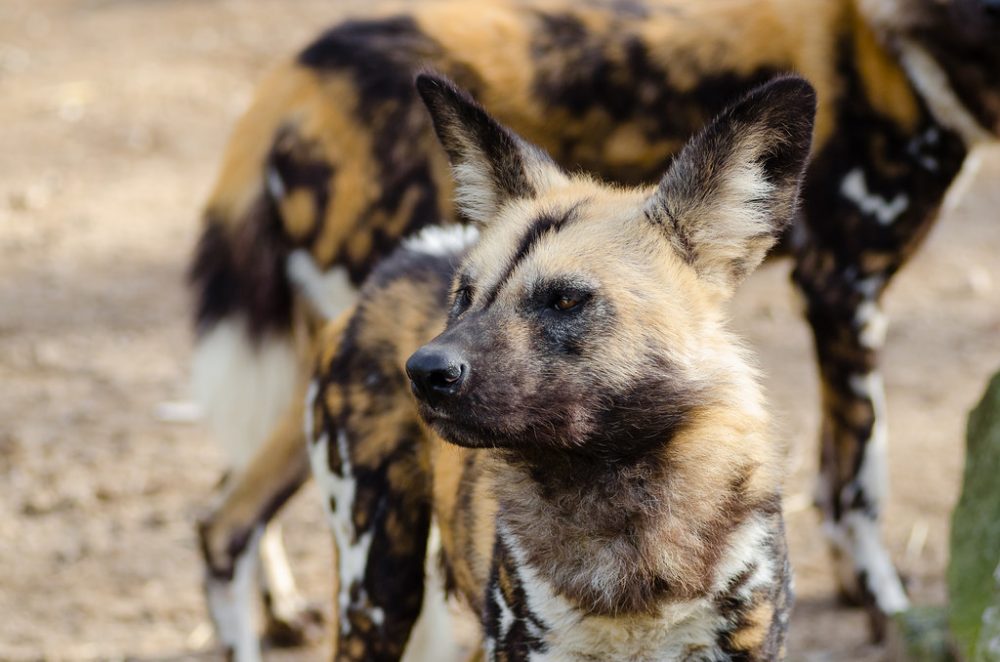 Less than 5,000 (estimated)Found mostly in Tanzania and Mozambique

The African Wild Dog is threatened mostly by hunting, diseases like rabies, and habitat loss.

Building endangered animals and their habitats 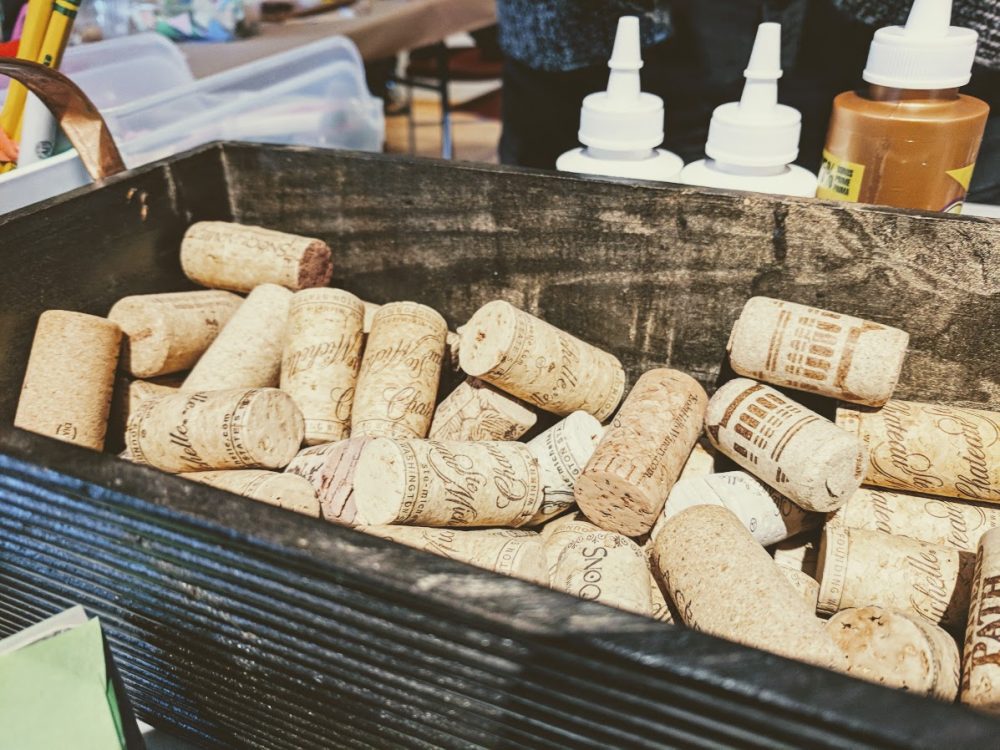 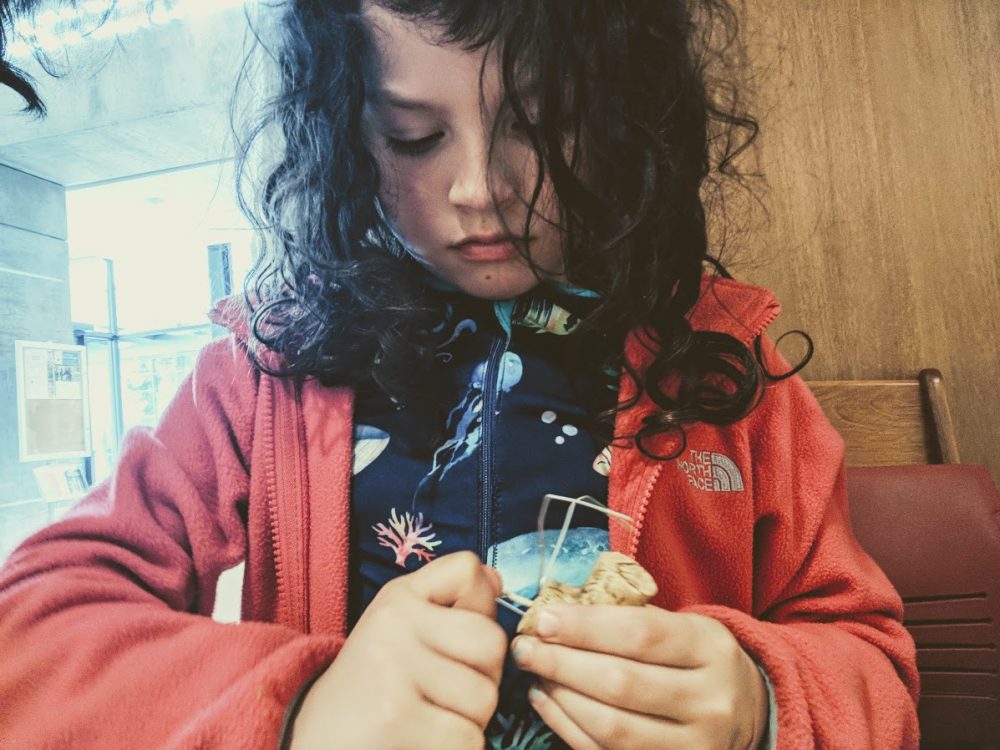 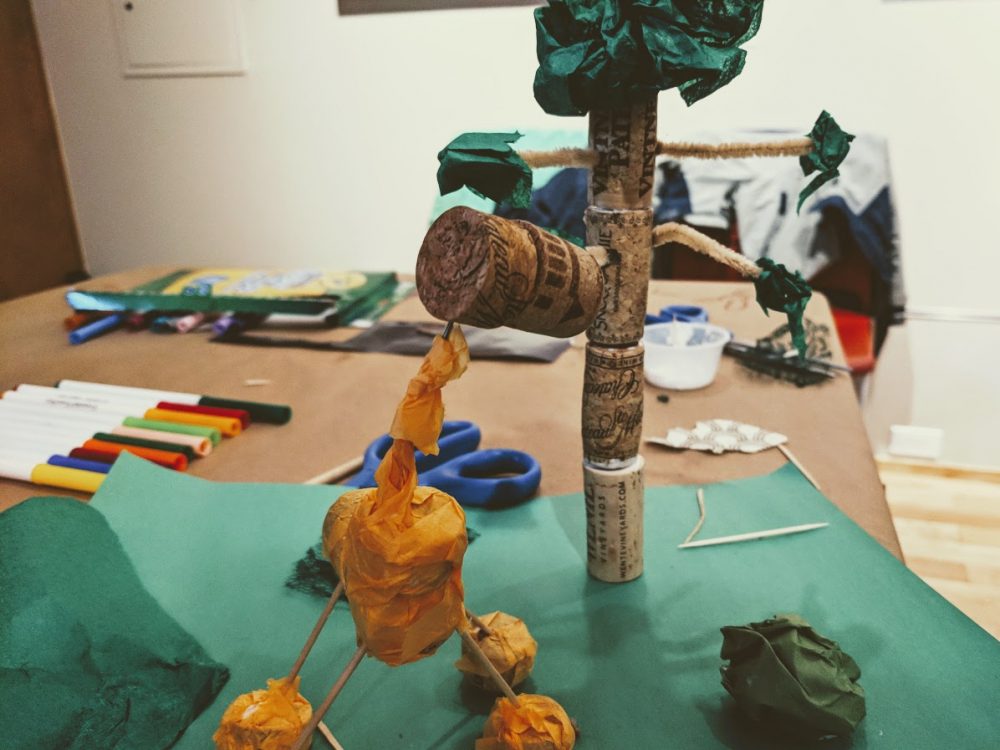 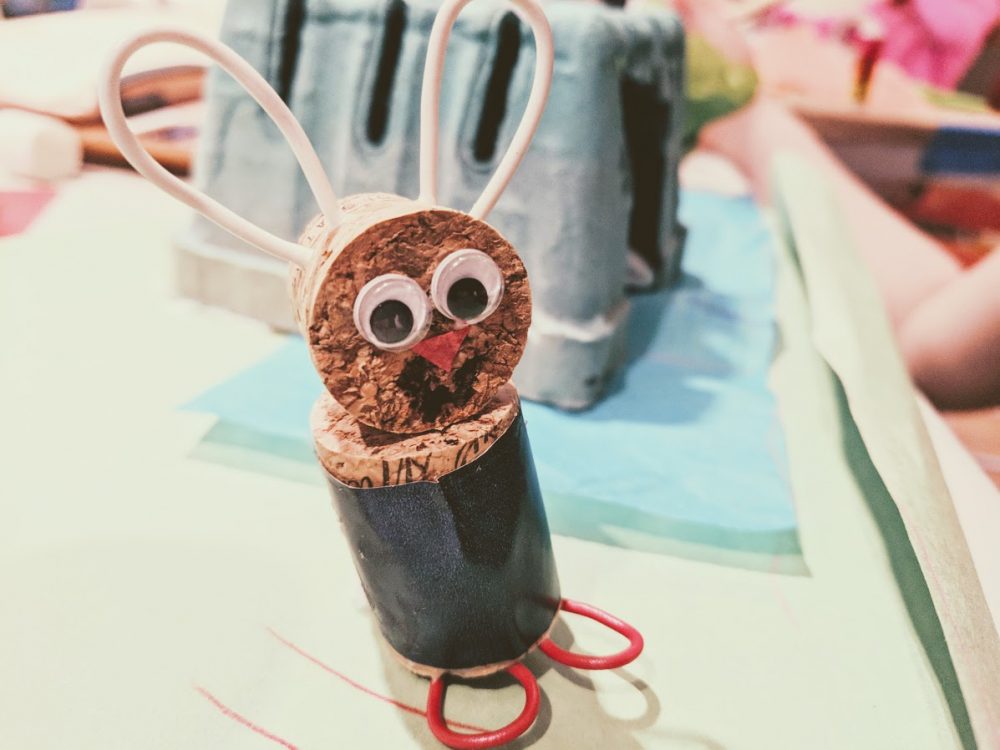 1. Cut cork to sizes you need.

This may require adult help, especially if you are using a utility knife. Corck and also be cut, shaved, or whittled with scissors, pocket knives, etc with adult supervision.

2. Put together your endangered animal.

Use toothpicks as nails to hold your cork endangered animals together. You can also use tacky glue as additional support or to add on extras like googly eyes, yarn (as fur), or other cool ideas your child has while doing this project.

3. Make a habitat for your endangered animal.

Using the materials in your recycling bin and the knowledge you gained from the research portion of this project construct a habitat for your endangered animal. Make sure you don’t put polar bears in the African savannah, and African wild dogs in the arctic! Look at images of the habitat of your selected animal and try to make it a great home.

If you have a young learner who is not ready for a research project yet, but still want them to be able to participate in this project as your older kids are building their endangered animals and habitats you can turn this into a literacy project. Have your young child pick a character in a favorite book (mine picker Peter Rabbit). Help them create this character out of cork and embellishments. You don’t need much in the way of fancy embellishments either. For us, a piece of blue paper turned into Peter’s blue coat, and a small pom turned into his tail.

Your child can also make a home for their character similar to the one they see in the stories. This is a great way to focus on reading, literacy, and creativity!