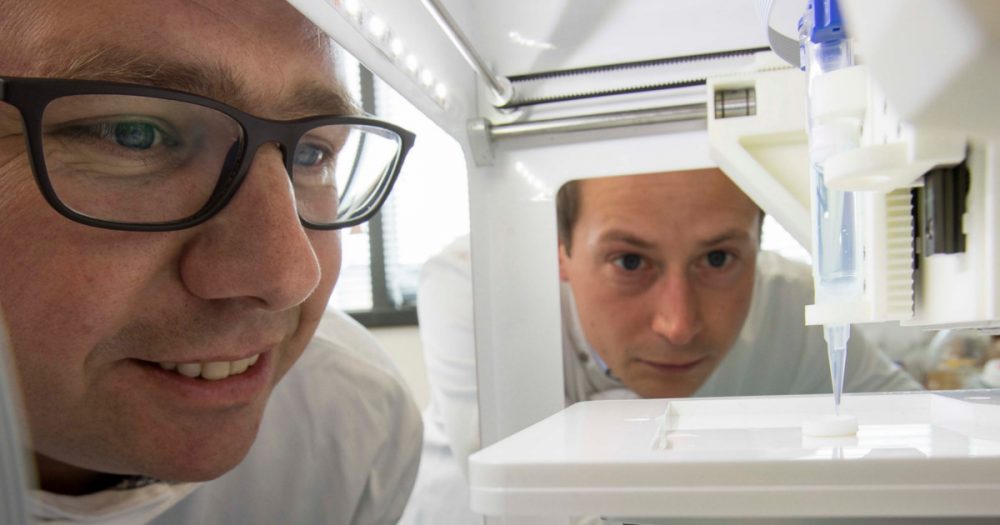 This past month an article on 3D printed corneas was published in Experimental Eye Research that shows the feasibility of creating unique corneas on demand.

The breakthrough holds promise to help treat the nearly 12.7 million people worldwide in need of a cornea transplant. Currently, the donor supply meets less than 2% of the demand annually, leaving many blind, or with blurry vision long term – creating a big problem for researchers to try and solve.

Dr. Che Connon from Newcastle University and his team, have managed to produce the first samples of structured corneas that were created using a specialized 3D printer. Professor Connon states that the significant decrease in cost of biological 3D printers is what has really led this field to open up. These printers, now in the ballpark of $5,000-10,000 are affordable enough (by research lab standards), to warrant getting one to ‘play around with’. And if there is anything that helps push science to new levels, it’s fun and exciting toys being brought into the lab to use, modify, and experiment with.

While the 3D printer in Che’s lab has become the ultimate cornea donor the professor wasn’t always making corneas, but he was always making or breaking, something. His childhood was filled with hours upon hours taking things apart and then challenging himself to put them back together again as a kid. In a way, Dr. Connon has always been interested in finding out how things worked. Always keen on the process of breaking, and rebuilding, modifying and tweaking to serve a purpose.

All that breaking built a strong interest in science as a kid, a love nurtured in no small part due to the teachers that came across his path. Ms. Oakley, his chemistry teacher ignited a flame, likely literally, as they often found themselves doing projects and labs, not on the syllabus. While his interest was sparked the path towards a research lab wasn’t a reality until he met his physics teacher, who was a Ph.D. candidate at one time.

That physics class was the first time he had learned about what a Ph.D. was, and the innate challenger in him, the one that often drove him to break and rebuild, also challenged him to see if he could get a Ph.D.

One thing led to another and suddenly he was studying biochemistry at the University of Wales, which prepared him to work with biological samples on an electron microscope. His work with the electron microscope led to a position in a Ph.D. program who was looking specifically for someone with that technical experience, which ultimately put him in the perfect research lab for his Ph.D. For the past 20 years he has been studying, in one form or another, the formation, structure, and behavior of tissues using a wide variety of biological, chemical, and physical techniques. Those years of study have put him in the perfect position to combine and apply his vast knowledge base.

The Hedgehog and the Fox

There is a worldview that all learners can be classified as one of two types, hedgehogs, and foxes. Initially surmised by a Russian philosopher, the hedgehog is a thinker that drills down deep. They focus on one piece of the puzzle and investigate every aspect of that singular piece. The fox, on the other hand, draws their knowledge from a wide variety of pools, never drilling down quite to the same depth as the hedgehogs, but gaining a larger worldview.

The expansion of human knowledge and technology relies on intertwining both types of people. The hedgehogs to gather the meticulous details of singular pieces of knowledge, and the foxes to use their worldview to weave threads of knowledge together into a new story. Che Cannon happens to be a fox – with a good deal of knowledge across many areas of science. A tool that ultimately allowed his team to be the first to discover the path to 3D printed corneas.

While there are many teams of researchers working on 3D printed tissues, and corneas specifically, Dr. Connon attributes their early successes to their different method of attacking the problem. While other teams are taking more of an engineering approach to the problem, his lab started with the biology and worked their way up.

His lab wasn’t concerned with recreating all of the intricate details, structures, and compositions that other labs were pursuing. Mainly because he wasn’t convinced they needed to engineer every molecular bond or print each cell in place. Using his prior knowledge of biology his team decided to attempt to make a tissue to serve as a structured scaffolding and let the biology do its part, something his team calls “bridge tissues”. For them, this meant creating a bio-ink that had just a few qualities: it was extrudable, it could hold its shape if supported, and it could maintain living cells – acting as a growth medium.

Instead of trying to print the actual structure, his team prints a negative shape in plastic, which serves as a mold for the 3D printed bio-ink to rest on. This step turned out to be the key – they didn’t need to actually print a useable cornea right off the bat. They could use a mold to help shape the bio-ink, and then let the stem cells in the bio-ink matrix slowly take over and form the final cornea on their own.

And with that, his team was able to 3D print living transplant tissue. The first of its kind in the world.

When asked about the future of 3D printing tissues, Che mentioned that cartilage could be a good next piece, as it lacks the intricacies of human organs, and could be scaffolded similarly to his current process – but that is for another scientist, in another lab, to discover and develop. For now, Che is sticking to sight. 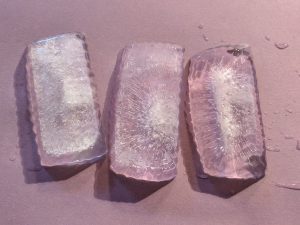 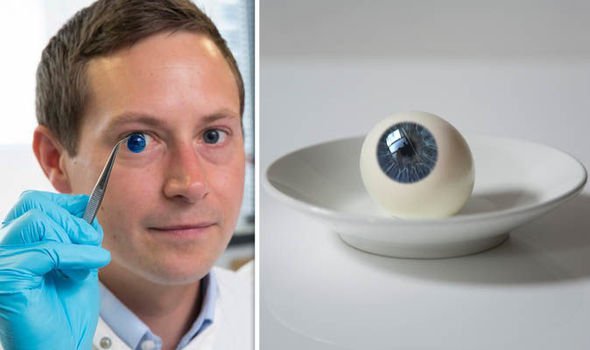