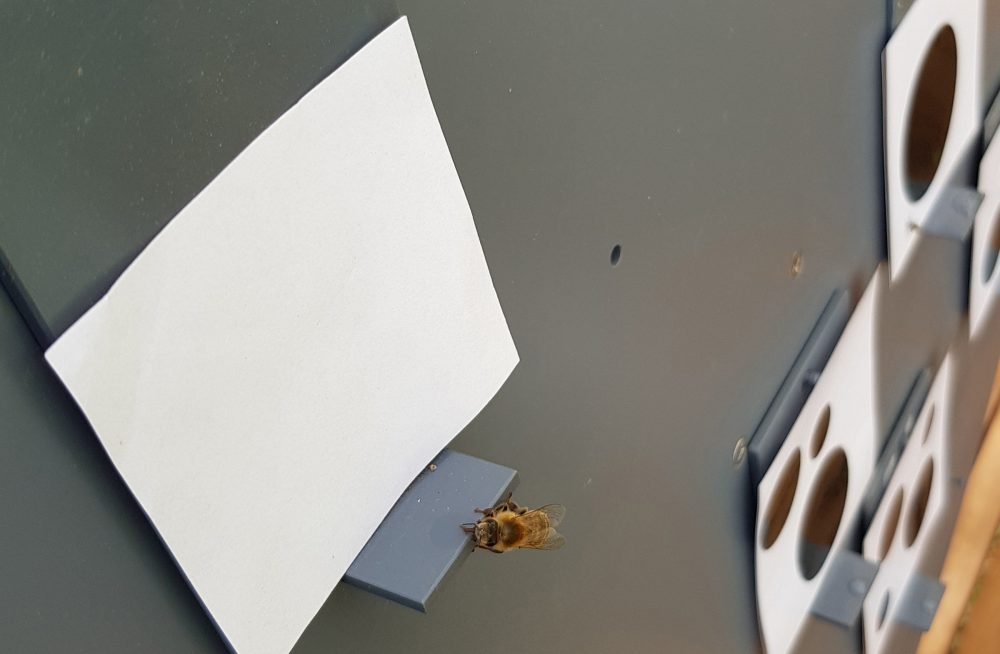 Up until now, however, all of our knowledge of animals being able to count was limited to mammals. That is all changing with a new study that shows that bees can not only count but also understand the concept of zero.

Part of the reason this discovery is so awe-inspiring is that of our basic judgments on insects. In our minds, insects fly, bite, swim, and eat. They don’t count. How could they, with such small brains, could they really be wired for basic numerology?

The human brain has billions of neurons. It’s estimated we have 100 billion neurons firing as we read, write, imagine, play…

In comparison, bees have less than a million neurons.

Yet they can be taught the concept of greater than, less than, and zero.

Researchers discovered this by marking and luring, individual honeybees to a testing area. The testing area contained cards sets. Each card set had a differing number of dots on it – one or two, three or four, and sometimes one or none. Behind the lower card set was a sweet reward, which is how they taught the bees to decipher less than, and zero.

Why is the concept of zero astonishing?

Humans didn’t record the concept of zero, or nothingness, until the 1-5th century BC, where Chinese counting rods depicted a blank space to signify zero. And for a long time, we thought that humans were the only animals with brains wired to not only count but also to understand this concept of zero. These ideas were altered as we discovered other animals like parrots and monkeys can understand the concept of nothing – but an insect? It is a huge leap from a parrot or a monkey to a bee.

Why is zero important?

It might seem odd placing such an emphasis on a number that represents nothing. Why is zero so important in our lives?

Well, imagine wanting to sell your bike for $300. Without the placeholder zero, you could only write $3. You would somehow need to describe that you wanted more than $3, and more than $30, but less than $3,000 for your bike.

In addition, zero holds a very special place in math. It is used in addition, subtraction, multiplication, division, algebra, calculus… Zero helps define physical constants in physics, helps describe chemical principles in the periodic table, is a cornerstone of binary numbers which led to computer programming, and has many other uses in our every day lives. Basically, zero ends up being one of the most important numbers we have.