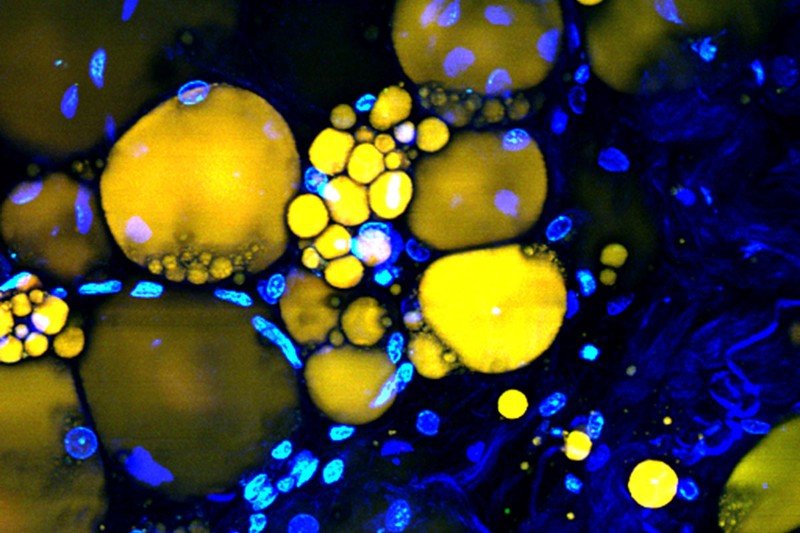 Lasers have become common in everyday life. From use in DVD machines to college lectures across the country lasers are everywhere. You can even make a laser projection microscope to look at cells swimming in water. Lasers are different from colored light because it has a well defined direction and very specific color.

Lasers are usually built using two mirrors, an energy source and a special medium. Light repeatedly bounces between the mirrors becoming more coherent with each pass. A small pinhole in one mirror allows a single direction of light, laser light, to leave. Flourscent dyes are similar to laser light in that they emit light of a specific color. These dyes are used in experiments to tag cells or measure concentrations of chemicals.

Get hands-on STEM Activities Get Science Projects in your Inbox

Since fluorescent dyes emit at a specific color, or wavelength, they can be used to make lasers. Putting the dye between two mirrors gives a well defined direction. That gives the light of a defined direction and color. Laser light. Of course, you have to make the dye glow. To do that you have a second light source. Shine a laser on your dye and voila! You have a dye laser!

How did they do it? Remember, a laser has two key components – direction and color. They used a fluorescent dye to emit a specific color. But what about direction? Typically we use mirrors to create a single direction of light. It would be hard to insert two tiny mirrors into a cell. Not to even mention the microscopic hole in one of the mirrors to create the light direction. Out with mirrors, in with oil drops. By putting small drops of fluorescent oil into the cell light naturally reflects at the oil/water boundary. This is because oil and water have different a different index of refraction.