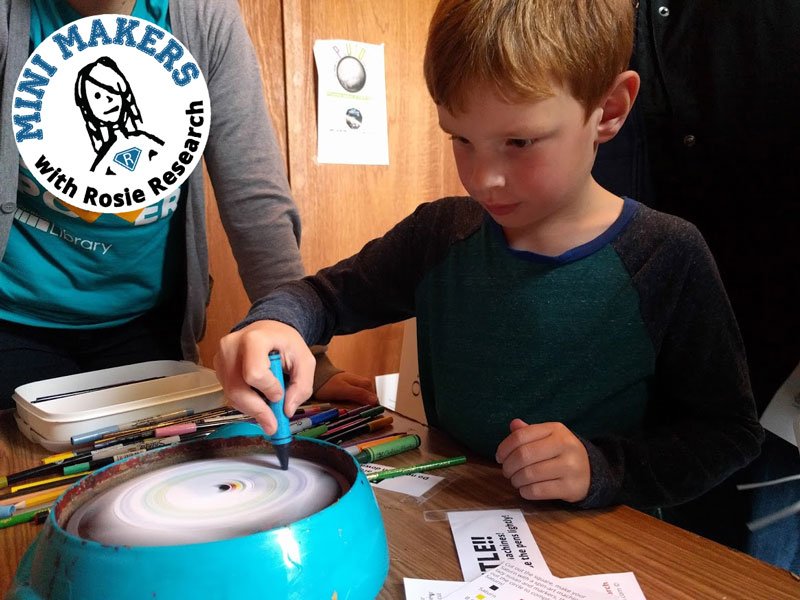 Saturn has distinguishable rings in it's systems.

Many planets have ring systems, and those rings are not necessarily smoothed out, but can be thin or thick.

Want to learn more about the rings of Saturn?

This is a fun and educational STEM activity that is easy to setup. All you need is the SpinArt Saturn download, markers and some sort of spinning machine! We used a Spin Art machine, so the template is setup to fit that, but you could also use a slower lazy susan. 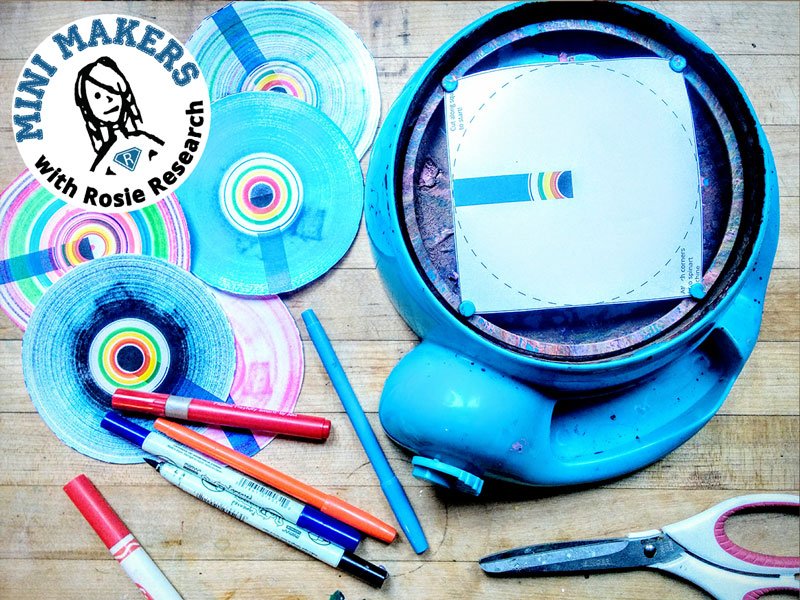 This is a hands-on afternoon science activity for the family. Learn about Saturn and it's rings while making creative art!

We mapped out Saturn's rings on a template, allowing you to see how the rings vary in thickness, and how there are gaps between some of the rings! If you are using a Spin Art machine you will need to hot glue a centered CD - this gives you a drawing surface for the paper since we aren't dropping paint down.

Once you start the Spin Art machine or give the lazy susan a whirl the rings come to life! Use markers, crayons or colored pencils to draw over the rings, and the spinning will color it in for you!

This activity is so fun we ended up doing about 20 in one go. Don't worry if your kids just want to do free art on the template - our goal is to have fun with a small science project, and that opens the door to talking about Saturn and it's rings! 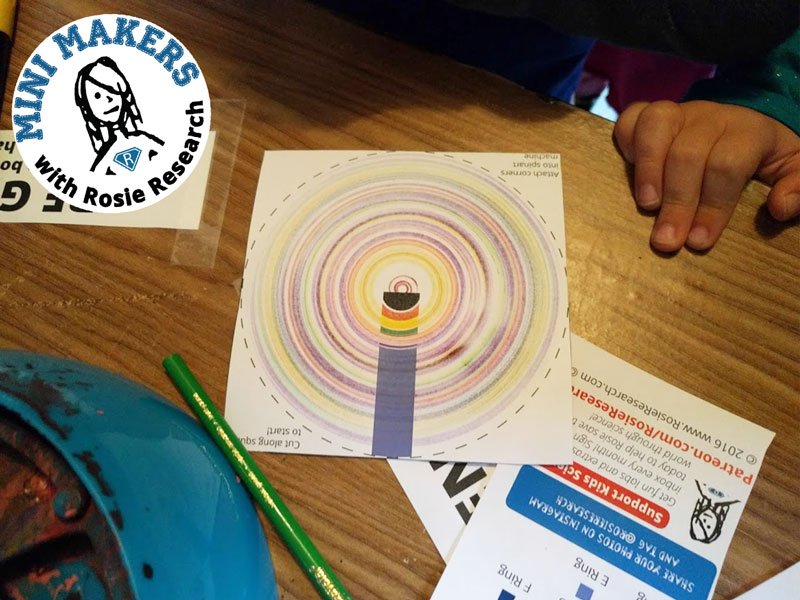 You don't need to stick to the template, you can make your own ringed pattern!

Why are there gaps in Saturn's rings? You will notice a large gap between the A and B rings - this is called the Cassini division named after Italian scientist Giovanni Cassini who discovered the gap (and whom the NASA probe currently orbiting Saturn is named after). So what makes such a large gap? Saturn has a handful of what is called shepherding moons. These moons orbit Saturn faster than the rings do and pull on particles with gravity. Over time all of these pulls towards a shepherding moon ends up pulling all of the particles out of an area, which then becomes a gap!

How big are things in the rings? The size of objects in Saturn's rings varies widely. From incredibly large shepherding moons to ice chunks the size of cars, baseballs, ice chips, and even microscopic - it's safe to say there is huge variation.

How were the rings discovered? Galileo first observed Saturn's rings, but mistakenly thought they were instead two very bright moons orbiting Saturn. It wasn't until 40 years later when Christiaan Huygens identified the blobs around Saturn as the rings we know and love today.

How can I see Saturn's rings? Saturn's rings are one of the most incredible things we can see in our solar system with a basic beginner telescope. If you want super high-resolution images to look at, check out images returned by NASA's Cassini probe which has captured the magic of Saturn along with its rings and moons!