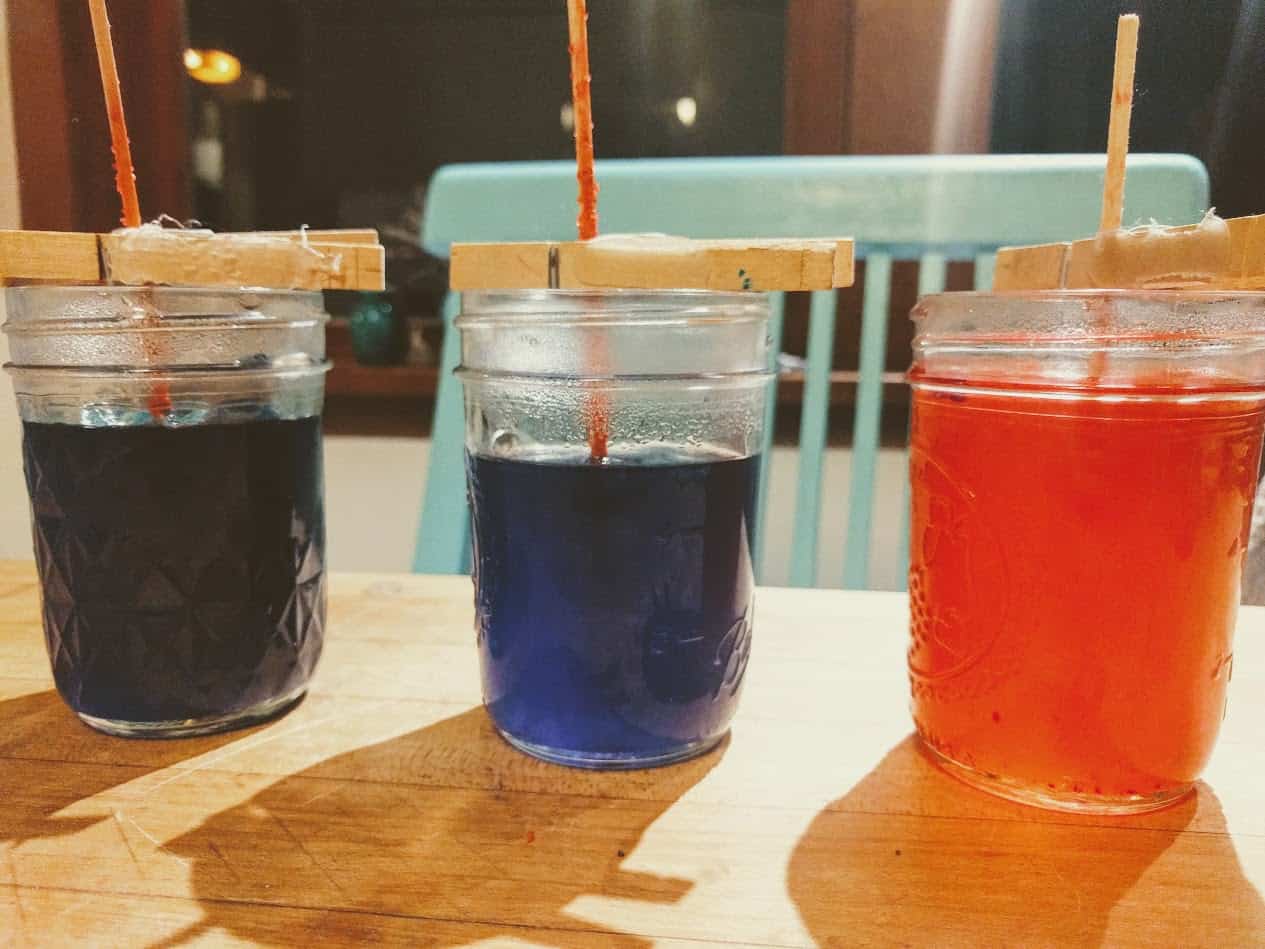 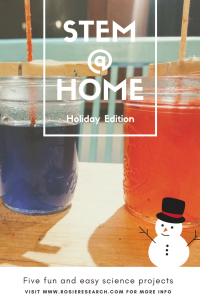 How to make rock candy crystals:

Start by moistening small wood sticks and rolling them in sugar. Set these aside to dry. These small pieces of sugar rolled around the stick will act as the seeds, or the starting points, for other sucrose molecules to bond to and crystalize with.

Then boil two cups of water in a small pot. Choose a pot that will be able to hold both the two cups of water and the four cups of sugar. Keep the pot cooking as you add in the first cup of sugar. Stir the solution until all of the sugar is dissolved. Then add another cup of sugar. With each additional cup, it will take longer for the sugar to dissolve because the solution is becoming more and more saturated, and there are fewer bonds in the water available to break apart the sucrose molecules.

If you want to add coloring or flavoring to your rock candy crystals, stir them in now. Some ideas for flavorings are vanilla extract, peppermint extract, or cinnamon extract. Only add about 1/2 teaspoon of flavorings unless you want the flavor to be very strong.

You can also add flavorings and colorings to the jars that you will be making the rock candy crystals in if you would prefer to make a variety instead of a whole batch, this is what we did so each of our girls could choose their favorite colors and flavors! Pour the sugar solution into each of the cups you have prepared. Slowly insert one of your seeded wooden sticks and secure in place with tape, string, a clothespin, or anything else you can find.  Set your jars in a cool dry place. It will take a couple of weeks for the large rock candy crystals to form, so you will need to be patient, but you can look forward to eating them and investigate the growth each day at dinner!

How do rock candy crystals form?

Why does sugar dissolve in water?
Water is what we call a polar molecule, imagine it has a negative charge as a hat and positive charges as hands. These charges help water form hydrogen bonds to create the liquid we all know and love. Sugar, which is made of sucrose, also has a ton of extra charges throughout its long chain. There are a lot of polar regions in sucrose, which means there are a lot of places that can hydrogen bond. When there is no water present sucrose can bond to itself forming clumps or crystals. When it is in water, however, the water molecules arrange themselves around each individual sucrose molecule, with oppositely charged polar areas aligning. We see the separation of the sucrose molecules when the sugar dissolves in the water.

Instead, we create a saturated sugar solution. A saturated solution is a term used in chemistry to say that no more sugar can be dissolved in water. You will notice that we cook the sugar water solution, the raised temperature allows more sugar to be dissolved in the water and allows us to get a supersaturated solution. The heat allows the water molecules to move farther apart from each other (because hot molecules are always super energetic and zipping around from here to there).

Why do we want a saturated solution?
Because as the water cools, and once even a little bit of water evaporates, some of the sugar will be forced out of solution and into rock candy crystals. The formation of the rock candy crystals is called a precipitate. This precipitate starts forming on your string/toothpick/kebab stick as the water evaporates.

Why do rock candy crystals form?
The crystals form because there is too much sugar in the solution. As the water cools it slows down and forces sucrose molecules to bond back to themselves. Because of the structure and charges on the sucrose molecule they have to fit together with each other in a very special way. We see this as the formation of large rock candy crystals.

There are some great variations you can try with this rock candy crystals project. Below are some ideas to get your inner scientist thinking.

Check out our other fun winter crafts! 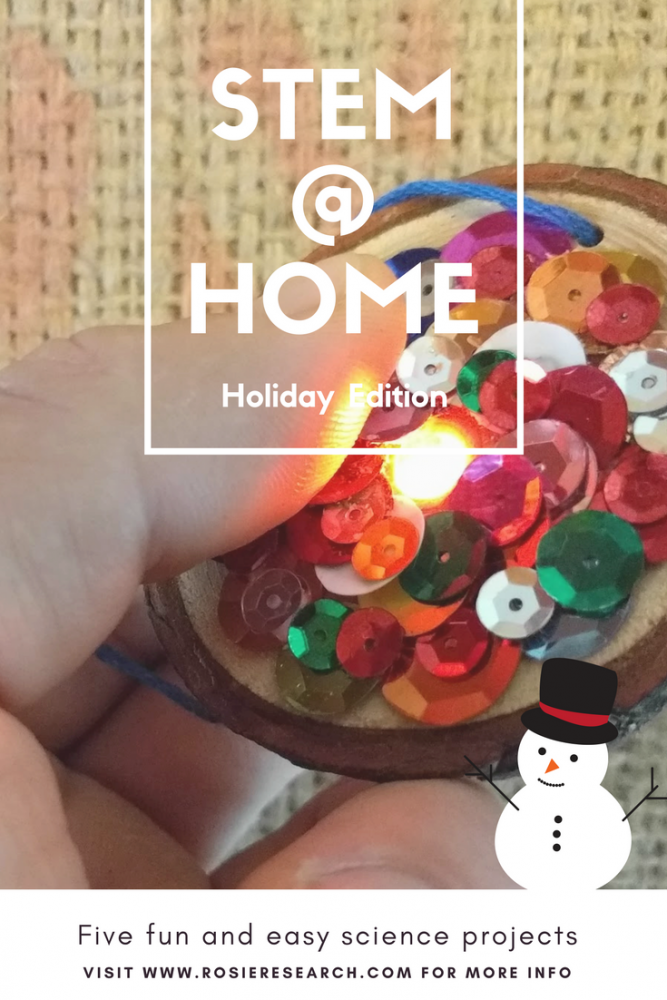 Make your own DIY LED Ornaments 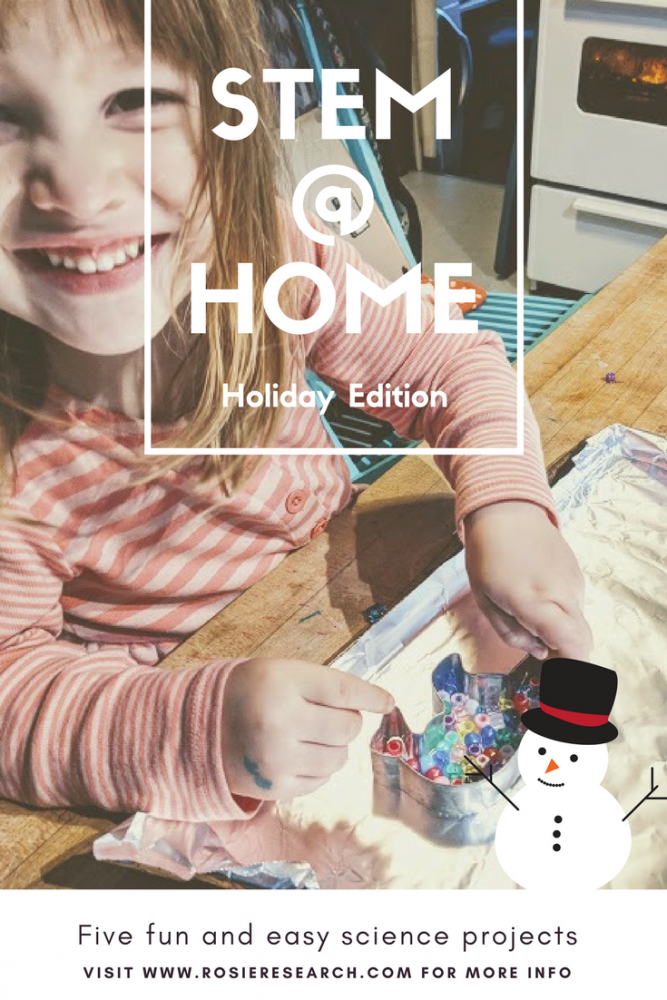 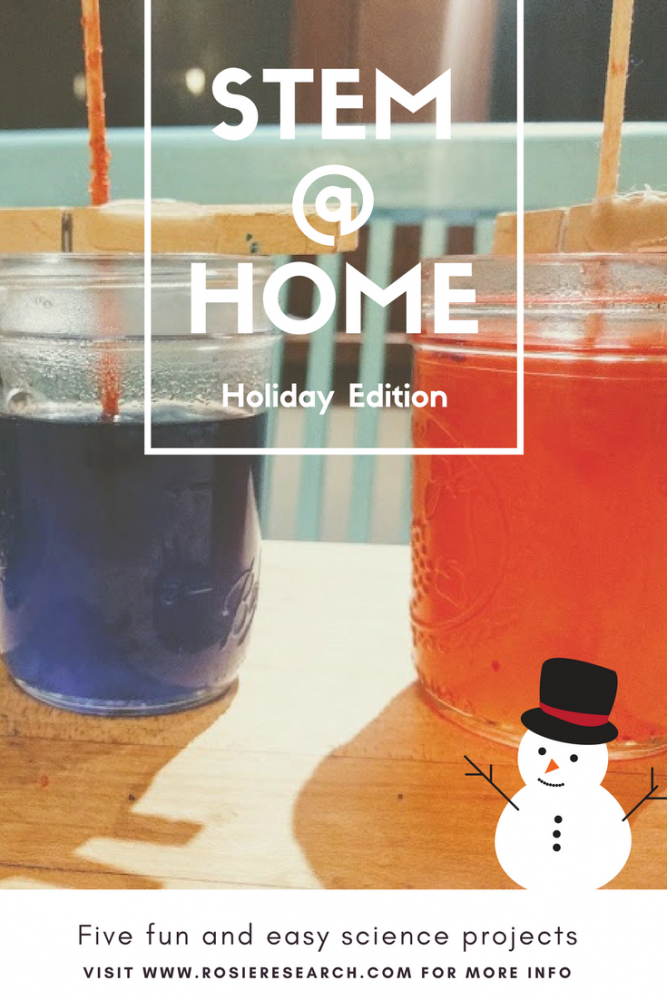 Grow your own rock candy 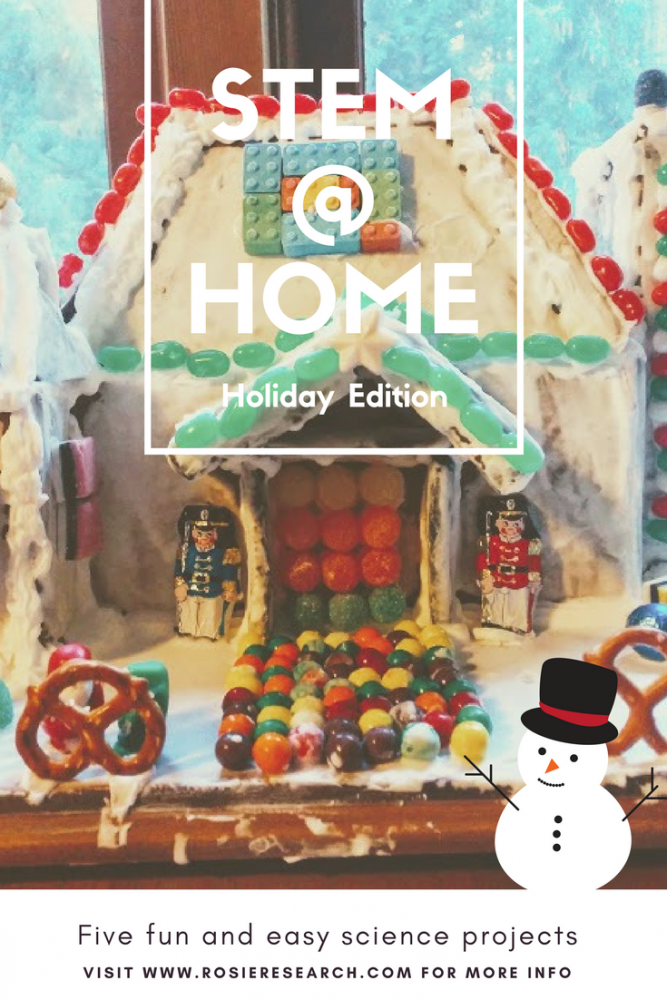