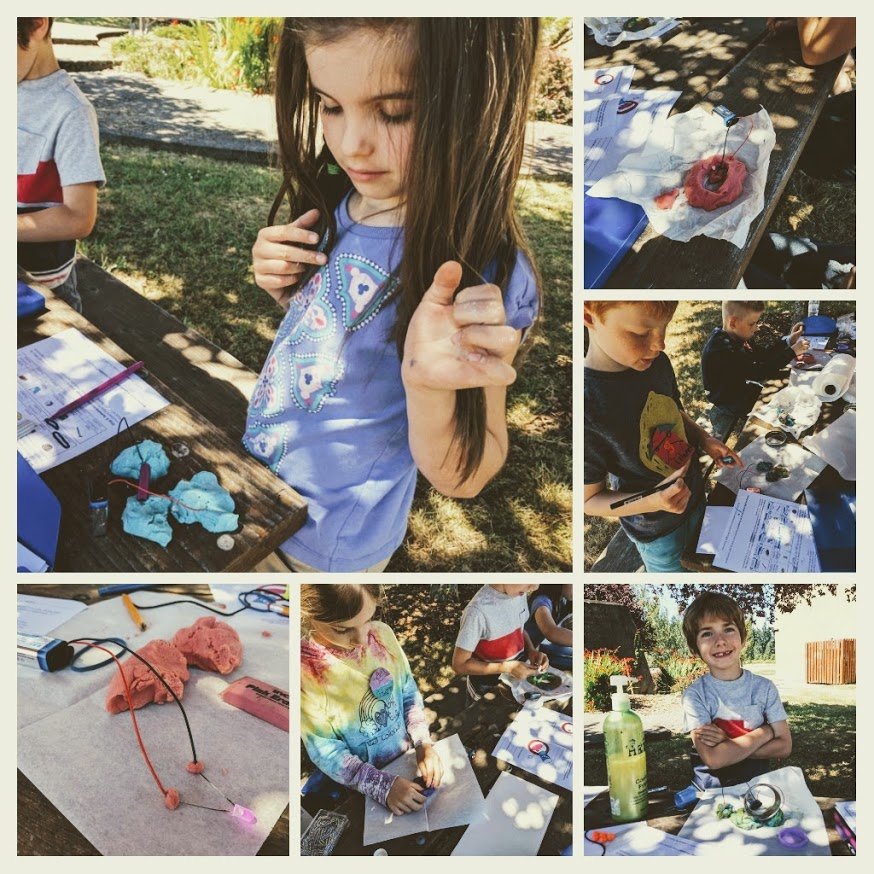 What are conductors and insulators?

What is a conductor?

I like to describe conductors like train conductors that lead piles and piles of electrons through the material. This helps the kids visualize electrons moving through the material and getting to their next destination, in our case that destination was an LED. As the electrons are conducted through a material they can then go down the LED slide to light it up. Great examples of conductors are metals – think of a nail, paperclip, washer, wire, conducting playdough and the like. We tested other types of conductors as well, like water, shampoo, and lemon juice. We also learned that not all liquids are conductors – fatty liquids, oils, act as insulators.

What is an insulator?

How do you test a material to see if it is a conductor or an insulator?

To test materials to see if they were conductors or insulators we made an open circuit, that is a circuit with a gap in it. We then could close the gap with the material in question – if the LED lit up the material was a conductor, since it was letting electrons flow through it to the LED. If it did not light up it was an insulator, because none of the electrons wanted to go through the material and into the LED.

What will you test? Download our Squishy circuits lab here and check out our learning circuits curriculum on Teachers Pay Teachers.