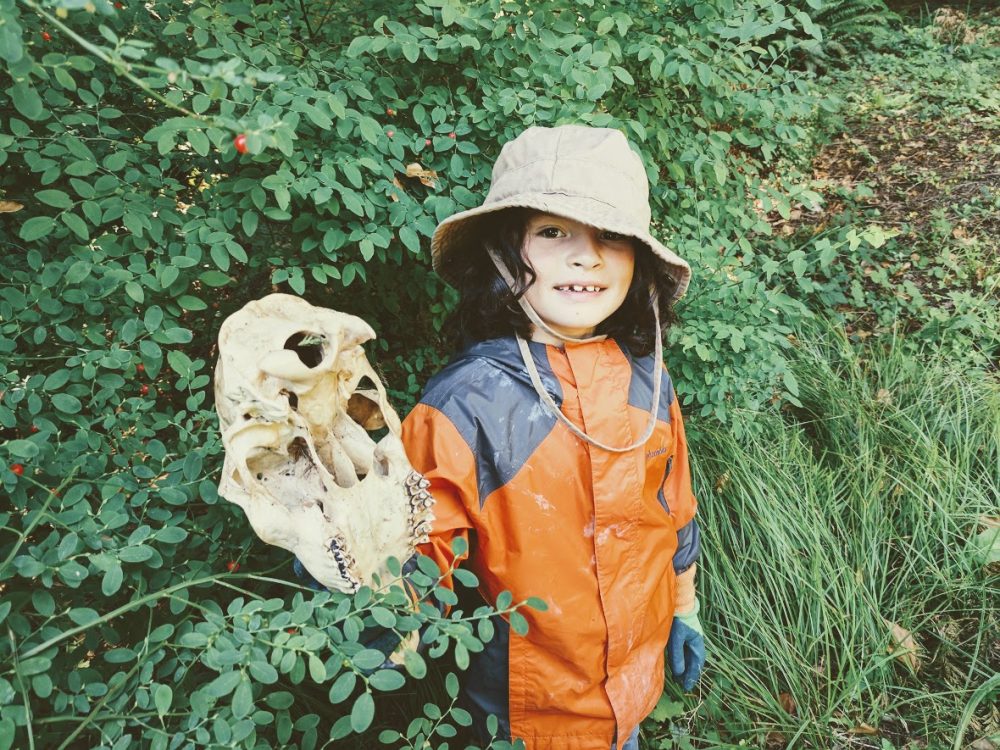 Want to know how to find a dinosaur fossil? Maybe in your backyard! OK, not everyone can find fossils in their backyard, or even bones to be honest. We lucked out and found some deer skull bones and teeth in the forest while we were on a “fossil” hunt, but if you can’t find bones you can always take the time to look for cool bugs, interesting leaves, fun rocks, and the like. I put “fossil” hunt in quotes because we live in WA state, and only one dinosaur fossil has not been found here before. I know this because I checked an interactive map showing where are fossils found in the world. We do have a fossil beach nearby, but fossils found there will likely be small water-dwelling creatures. 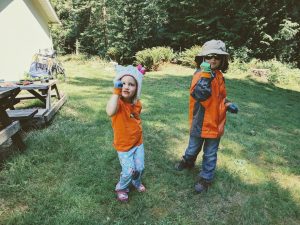 My girls got dressed up in their best impression of paleontologists for the activity – I’m pretty sure Frozen pajama pants and a gecko shirt can warp you into the right frame of mind to tromp through the yard or park, hoes, and shovels at the ready for a little excavation. Letting them dress up in their “paleontologist” gear for our fossil hunt was a great way to get them both engaged and the right frame of mind, even if it took a fortnight to find all of the gloves.

With our gear in hand, we set out on a fun STEM science hunt to find the biggest, best, newest species of dinosaur fossils the world has ever seen. We ended up with some cool bones, which aren’t fossils, but for these kids, it was more than enough. 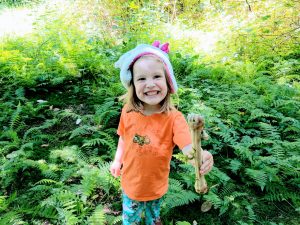 What is the difference between a fossil and a bone? While fossils started out as bones at one point, they are no longer made out of bone. Instead, the bone matter has been slowly replaced with minerals in the ground water and sediment they are buried in. Some fossils are mold fossils, an empty area of compacted rock that used to have bones in. However, over time acid in the groundwater has eaten away and dissolved all of the bone material, leaving a giant bone-shaped hole (or mold). Sometimes this mold gets filled in with minerals in the ground water, which fills it in like a cast – making a cast fossil. The fossils we often think of, however, are neither mold nor cast fossils, but petrified fossils. These fossils have had their bone matter replaced slowly over time with minerals in the ground, preserving the look both internally and externally of the original specimen.

Now that we have some bones in hand it’s time to fuel up before we dive into making the bones into mold and cast fossils out of playdough and plaster of paris! To follow our hands-on science units and get all of our STEM curriculum in your school or homeschool subscribe to our Patreon channel – we come out with comprehensive science activities to learn the science from the perspective of a real researcher!

4 thoughts on “Find Fossils in your Backyard”