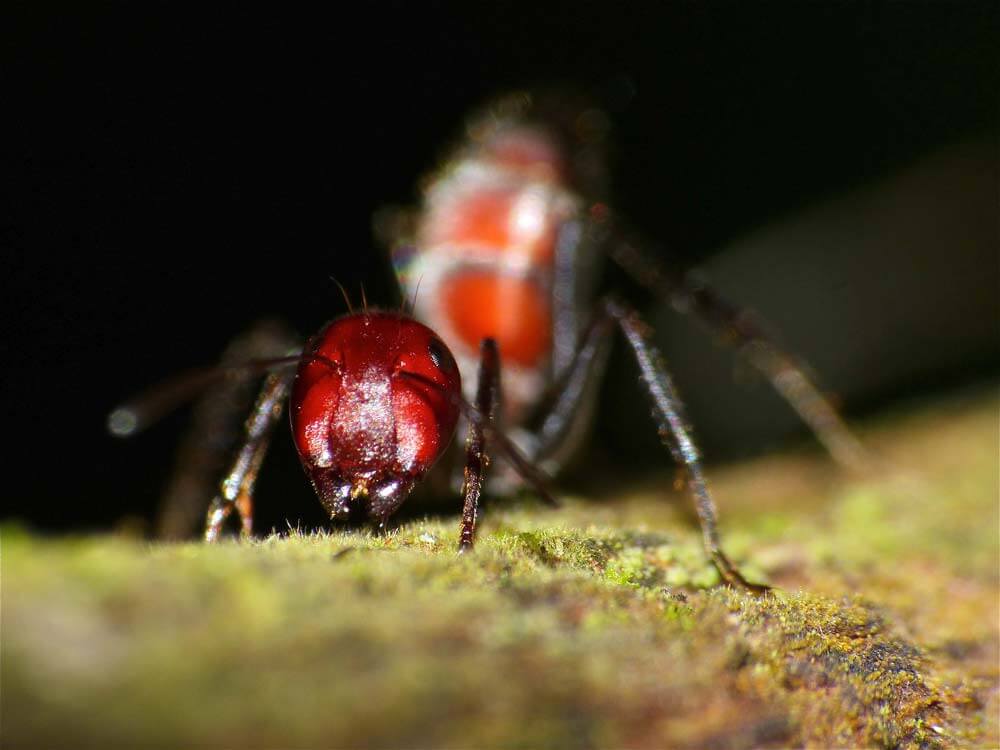 Bullet ants sting so ferociously they are used as a gateway to manhood in some tribes. Crazy ants (that is literally what we call them) can spray acid on its foes. The bulldog ant, considered the most dangerous of all, can kill an adult human in 15 minutes.

Scientists are now reporting on an ant that splits its stomach open and spills toxic goo on any invaders.

While the ant has been known of for nearly a century, it has taken a full blown effort to study these ants in their native hot and humid southeast Asian jungle.

The new research shows that some ants in this colony are not able to have offspring, and thus turn to protecting the colony at all costs. The ants contain a sac of toxic goo that goes along their abdomen, and in some cases their heads. When they face an intruder, either near the colony, or sometimes even far from the colony, they can flex a muscle along the sac to rip it open. These ants literally cut their stomachs open to spurt toxic goo on intruders.

Why do some ants explode far from home?

It might make sense for an ant to explode close to home protecting the colony, by why would an ant explode far away? One current hypothesis is that these ants are also protecting their biosphere and hunting grounds. Food is a precious resource so some exploding ants will try and stake out their territory using their goo-splosion.When protecting the colony this toxic goo kills many intruders. For larger intruders, it slows them down enough that the larger worker ants can come in and finish the job.

There is a whole research group devoted to studying various types of exploding ants, and you can watch a duel to the death here.