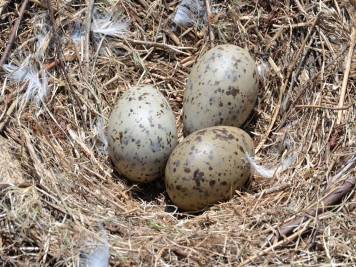 THE DESCENDANTS OF DINOSAURS LIVE ON.

We have known for a long time that thousands upon thousands of dinosaurs still roam the Earth: birds. While we can look at the pterodactyl and other avian dinosaurs and see the direct resemblance of this prehistoric period flying in our skies, there is another impact of dinosaurs you can find in your backyard.

Researchers just discovered that the color, and decorations, of bird eggs, are a direct descendant of dinosaurs. Surprisingly, however, it isn’t the avian dinosaurs that brought this evolutionary genius idea of camouflaging and identifying your brood. In fact, scientists discovered that it was a branch of non-avian (non-birdlike and non-flying) dinosaurs that began this idea – oviraptorids.

What is an oviraptorid?

Oviraptorids are the branch of dinosaurs made popular by Jurrasic Park, and many will know one of their crew as the velociraptor. It turns out, oviraptorids were among the first to build partially open nests instead of burying their eggs in the ground.

While burying your eggs, as present-day crocodiles do, can give protection, it also leads to a problem: real estate. By creating partially open, or fully open nests, these oviraptorids gave themselves more places to start a family.

The downside of an open nest.

The start of egg camouflage.

To prevent predators for preying on their eggs, oviraptorids evolved their eggs. Where the common crocodile egg, and other buried eggs, are white, their eggs were not. They contained a variety of colors and patterns. These colors and patterns were seen by using a very special type of microscope that looked at dinosaur egg fossils. They found the colors are present in different depths of the eggshell and are often used for camouflage and egg identification. After all, just like humans, dinosaurs likely cared which baby was their genetic brood.

Dinosaur eggs in your backyard.

You can find evidence of this camouflage and spotting in your own backyard or at the grocery store. Brown chicken eggs contain the same pigments that these oviraptorids did. As do robin eggs you might find in your backyard. In fact, it is believed that all egg colors and patterns diverged from the oviraptorids. So the next time you see any sort of colorful egg you can thank those scary velociraptors. 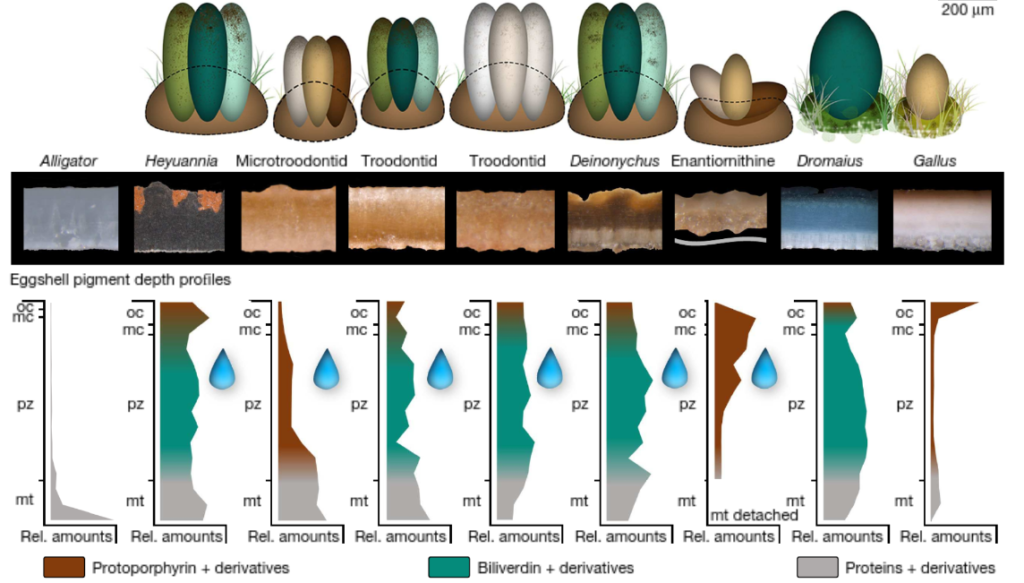