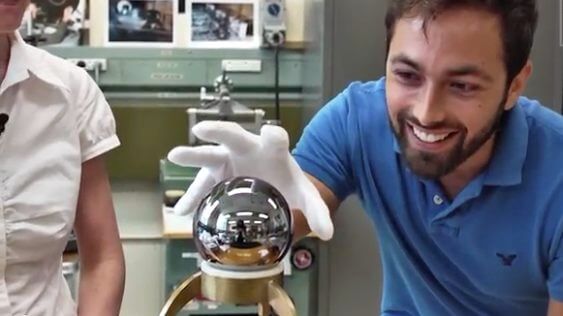 Units are essential to understanding and talking about the world around us. They give each and everyone of us a base. When we talk about our weight, or the speed of our cars we are using units. It would be awfully confusing, however if units changed on a whim. If 100lbs today was not the same amount of weight as 100lbs tomorrow, how could we compare the two?

How do we define units?

Often we define them based off of some naturally occuring thing. For example, the meter is defined by how far light travels in a vacuum over 1/299,792,458th of a second. Time, the second, is defined by 9,192,631,770 atomic transitions in Cesium 133. Having these natural references that don’t change, like the speed of light or atomic radiation, we can measure and compare to results of 100 years ago, or 100 years from now.

The kilogram, however, has always been defined as the amount of mass of the international prototype. 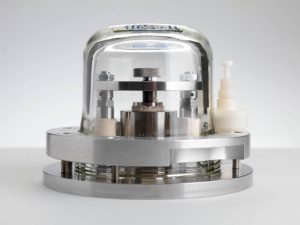 The prototype is made of platinum and iridium and has been our ‘measuring stick’ for weight for the last 126 years. You  might wonder why we need redefine the kilogram. But think about this. Other units are defined by constants of nature. The kilogram is defined by a hunk of metal that someone chose 126 years ago.

The kilogram is the only SI unit based on a physical object. It sits in a vault outside of Paris where it slowly – oh so slowly – decays. That means over time, our definition of a kilogram slowly gets smaller.

Resolving Conflict around Defining the Kilogram.

Scientists have just now managed in defining the kilogram in two different ways, both of which yield the same result.

How did they do it? One team, the Avogadro Project, counted the atoms in two silicon-28 spheres that weighed the same as today’s reference. 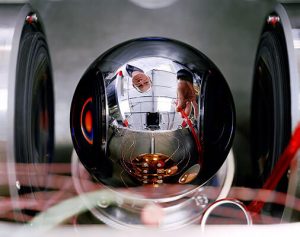 From there they calculated a value for Avogadro’s constant and changed that into Planck’s constant.

The second team used a Watt balance. This team weighed a test mass calibrated to the all mighty reference mass against an electromagnetic force to find Planck’s constant. 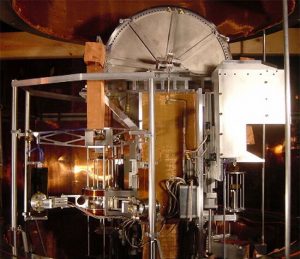 Of course, it’s not good enough for two teams to find a new way to define the kilogram. They have to agree on the definition of the kilogram as well. It took years of intense work, minimizing uncertainties and finding systematic errors, but they managed to agree within 12 parts per billion!

If it is accepted, the kilogram weight will soon be joining the metre as a museum piece!